JLF 2020: Ashwin Sanghi on the process of writing 'The Vault of Vishnu' 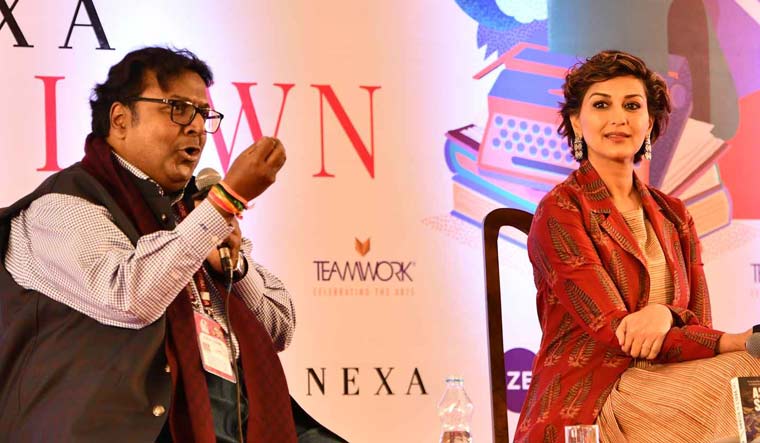 It was a full house at lunch hour at the Jaipur Literature Festival on Thursday . The front lawns, where Oprah Winfrey held forth, were the show-stopper venue. The audience here barely moved as actor Sonali Bendre, who runs one of the most powerful book clubs in the country, launched Ashwin Sanghi’s newest book, The Vault of Vishnu—a testimony to the star power that both speakers command.

This is the sixth book in Sanghi’s Bharat series and, as always, it comes with a blend of mystery, myth and history. Sanghi has called this his most ambitious project yet, as it links India with China.

When asked about why the series is still referred to the Bharat, when part of the book is based in China and Cambodia, Sanghi said that the idea went beyond geographical boundaries. “It is about ideas and how they transferred,” he said.

Fascinated by the kind of interaction the two countries had, a topic that has not found its way into the mainstream, Sanghi hopes to use the lens of fiction to explore the links that go beyond just Buddhism. It took a lot of research, including multiple trips to China, to pull off.

“I want to find details about places and include [them]  into the story and make you say ‘ahh’,” he said.

Bringing to you the official trailer of my upcoming book in the #BharatSeries- #TheVaultOfVishnu. Pre-order your copy now: https://t.co/bLVYeTvL1O pic.twitter.com/thNHe5BJ2I

The first of the Bharat series was The Rozabal Line, which deals with the popular story of Jesus being buried in a tomb in Srinagar. The story fascinated him so much that spent a year researching it to write a thesis. The first reader of this story was his wife Anu—and she told him that he had discovered the cure for insomnia. “I read two pages and fell asleep,” he recalled her saying. It did not deter him, though. “I knew that I had to write a story,” he said.

While Bendre is a self-confessed fan, she believes that Sanghi—who has written two books with James Patterson—must fly solo. “Undiluted” Ashwin, as she put it.

So, she asked, will he stay off “collabs”?

“I had a rollicking time writing with James Patterson,” he said. “But the journey of a Bharat series …I realise is a different thing.’’ A two-year wait for Sanghi fans, The Vault of Vishnu, which will be published by Westland Books, is all set to be another bestseller.

And, Sanghi promises that there will be plenty more, as he plans to write a Bharat book every two years until he dies.