Indira Jaising should be locked in jail with Nirbhaya's rapists: Kangana Ranaut

Jaising had urged Nirbhaya's parents to pardon their daughter's killers 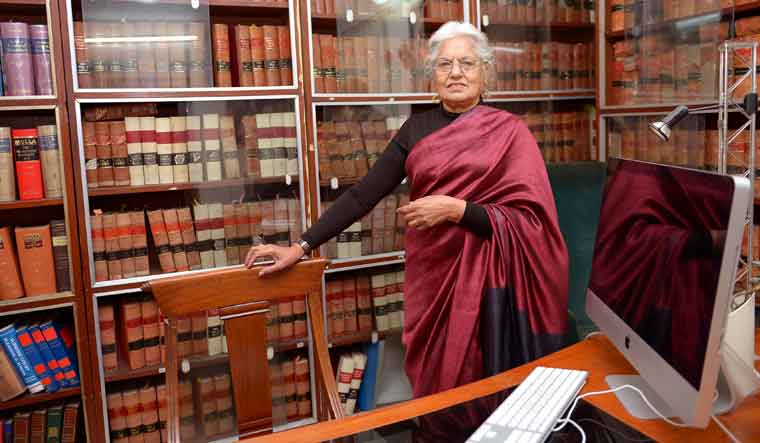 Senior lawyer Indira Jaising, on January 18, urged Nirbhaya's mother to "follow the example" of Congress leader Sonia Gandhi and pardon the four men sentenced to death for raping her daughter in 2012. Nirbhaya, a 23-year-old paramedic student, was gangraped and brutally assaulted on the intervening night of December 16-17, 2012, in a moving bus in south Delhi by six persons, including the four death row convicts, before she was thrown out on the road. The four are awaiting execution.

Jaising came under flak for the statement. Bollywood star Kangana Ranaut criticised Jaising, saying such women gave birth to monsters. "That woman should be locked in a jail with those rapists for four days. She needs it. What kind of women are these, who are sympathetic to rapists? Such women given birth to monsters. These women, who are full of love and sympathy for rapists and murderers, are the ones who give birth to them," she said, reported Hindustan Times.

Nirbhaya's father responded that she should be "ashamed" of suggesting pardon for the convicts and said his family isn't as "large-hearted" as Congress leader Sonia Gandhi. Nalini Sriharan was sentenced to death in former prime minister Rajiv Gandhi's assassination case. Her death penalty was commuted to life term after the intervention of his wife Sonia Gandhi, who urged for clemency on account of the fact that Nalini had a young daughter who was born in jail. Nirbhaya's father said this is a "wrong message". "She [Indira Jaising] is a woman herself. She should be ashamed of her comments and apologise to Nirbhaya's mother," he told PTI.

On Friday, a Delhi court issued fresh death warrants for February 1 against the four convicts—Vinay Sharma (26), Mukesh Kumar (32), Akshay Kumar Singh (31) and Pawan (25). Earlier in the day, President Ram Nath Kovind had rejected the mercy petition of Mukesh. Nirbhaya's father said he is hopeful of justice finally being delivered.