He was widely trolled on Twitter, with some even aiming potshots at his child Taimur 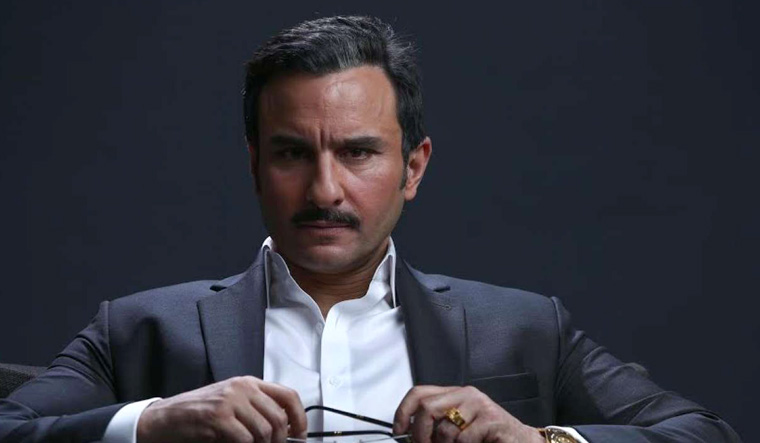 Saif Ali Khan in a still from Baazaar

Fresh off the success of Ajay Devgn's Tanhaji: The Unsung Hero,  actor Saif Ali Khan was trolled on Sunday when he reportedly claimed that he doesn't think there was an idea of India until the British came along. Set in the 17th century, the movie is based on the life of Tanaji Malusare, the military leader of Maratha king Chhatrapati Shivaji Maharaj's army. Tanhaji played an instrumental role in taking back the strategic hill fortress of Kondhana from the Mughal empire. Several reviewers pointed out elements of altered history and populist political narrative in the film, which Saif himself admitted to in an interview with Film Companion.

Khan's statement, when asked about his stand on the politics of the film, as reported by News18: "For some reason I didn’t take a stand. Maybe next time I would. I was very excited to play the role because it’s a delicious role. But when people say this is history, I don’t think this is history. I am quite aware of what the history was. I don’t think there was a concept of India till perhaps the British gave it one. I don’t think there is really any constructive point in arguing about loudly, provided you yourself know why you’re doing it."

He was widely trolled on Twitter, with some even aiming potshots at his child Taimur.

According to Eminent Historian Saif Ali Khan, #Tanhaji wasn’t historically correct and there was no concept of India until British came.

This is what decades of leftist white-wash does

Know your Shivaji, know Chanakya and you would know how old India ispic.twitter.com/DJibAuw4zN

“There was no concept of India till British came”

When your student gives a duffer answer but teacher gives full marks. No wonder this stupid Film Critic refused to review #TheTashkentFiles and now is unhappy with the success of @ajaydevgn’s #Tanhaji pic.twitter.com/QmoYh2lQfK

Bollywood ‘history buff’ #SaifAliKhan claims “there was no concept of ‘India’ until the British came.”

Last time he invoked he invoked ‘history’ he named his son ‘Timur’
pic.twitter.com/pyZXERUQy0

Yes, #SaifAliKhan is right. The concept of India was forced by Britishers who rules us. It was earlier BharatVarsh, which has a great history associated with the Great Ashoka.

Some people just want to be politically correct, not historical correct. Shame!! pic.twitter.com/Irbs7h7YY2

Tanhaji: The Unsung Hero had earlier breached into the Rs 100 crore club. The Om Raut-directed period action drama achieved the feat in just six days after opening countrywide on January 10. Tanhaji, which is Devgn's 100th film as an actor, has so far made Rs 107.68 crores at the box office. Produced by Ajay's ADF and Bhushan Kumar's T-Series, the film also features Saif Ali Khan as Udaybhan Singh Rathore, Kajol as Savitribai Malusare and Sharad Kelkar as Chhatrapati Shivaji Maharaj.

Tanhaji was declared tax-free in Maharashtra, Haryana and Uttar Pradesh.