The plot details of 'Tenet' are still a mystery 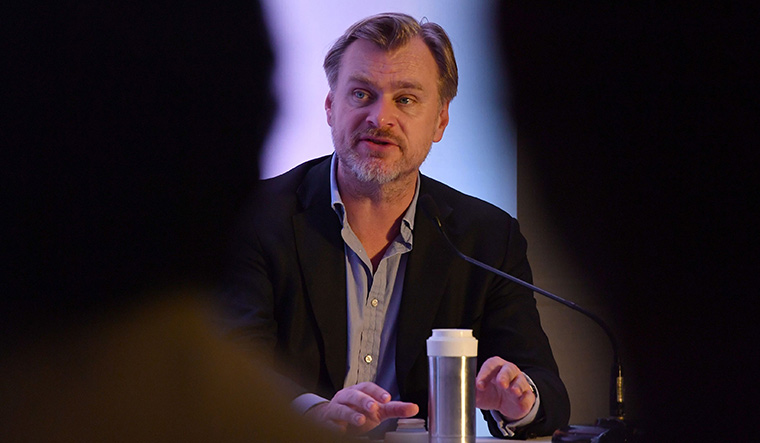 The South Mumbai area is known for its regal architecture and quaint cafes but the focus of everyone present behind the iconic Taj Hotel on Tuesday was on a tiny street, where one of the most famous filmmakers of the world, Christopher Nolan, was shooting his next, Tenet.

Nolan, along with cast members—Hollywood heartthrob Robert Pattinson, John David Washington and veteran Indian actor Dimple Kapadia—was spotted out and about filming a street scene. On the third day of the shoot, the lane adjacent to Red Shield House, in front of Starbucks and behind Taj, Colaba, was cordoned off for shoot.

Both the entrances to the lane were barricaded as the shoot commenced around noon and wrapped up at 5 pm. Around 80-100 extras were called in for a sequence, described by a junior artiste as a "street scene." "We shot a street scene today with Dimple. It was a normal scene, which had a street feel with cars and bikes. It was a 'walking-talking' sequence and I absolutely loved being a part of it," the artiste said.

The security on location was tight with around 20 policemen and as many guards present. A fire brigade wagon and a police van were also parked nearby. Photography was strictly prohibited with a warning that if "caught using camera, the phone will be confiscated."

That and the infamous Mumbai rains, however, didn't deter eager paparazzi, onlookers and Nolan-Pattinson fans from capturing the moment or striving to catch a glimpse of the shoot.

Over the weekend, Pattinson's photos have cropped up on young fans' Instagram accounts but the hearts of some cinema lovers still beat for their Bollywood stars. "Is Salman Khan shooting?" asked a curious bystander. When the bouncer replied in negative, the onlooker sighed but pressed again, "So, Akshay Kumar?"

When he was informed that an "English" film was being shot, the man left the venue, saying, "What's the point of standing in rain then?"

A crew member said that all the camera equipment has been flown down from the US. "They (Hollywood filmmakers) invest so much in making their films which also reflects in the quality on the screen," he said. When the shoot was over, Pattinson, in an ivory jacket, went back to his vanity van. They are scheduled to shoot a sequence tonight at Breach Candy Hospital in South Mumbai.

"For the next four days, we will be shooting the night sequences at Breach Candy. The day shoots for now in this area are done," another crew member said.

As many as 50 AC cabs—all white and of the same model—have been hired for the team's travel from one location to the other till September 24. It has been learnt that as the team shoots during the day, the fleet of taxis is parked near the Gateway of India with "full money already paid to the RTO." When the team calls it a day, the cabs are parked at Mukesh Mills, Colaba.

It is not for the first time that the director has put India in his films. He featured Rajasthan's Mehrangarh Fort and the famous Chand Baori prominently in the final part of his Batman trilogy The Dark Knight Rises (2012).

The director had also visited the Maximum City last year to participate in a session on film conservation and restoration, a subject close to his heart as he is one the few filmmakers who still shoot on film reel when most of the world has gone the digital way.

As is with any of Nolan's films, the plot details of Tenet are still a mystery. What is known though is that the film is an action epic.