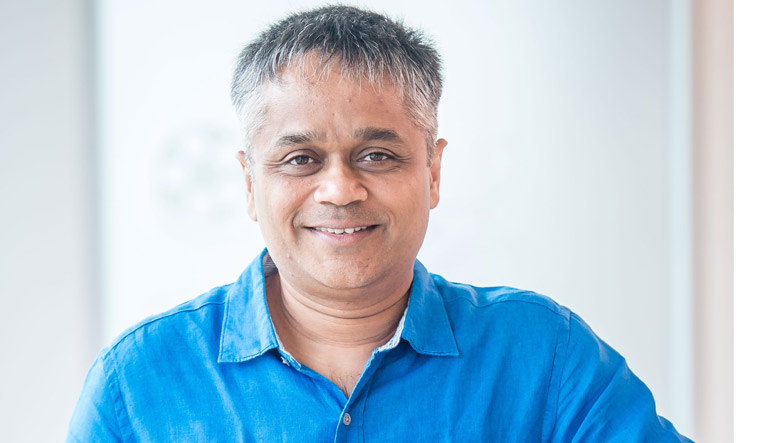 After we wrap up an exhaustive interview, Ajit Andhare, COO, Viacom 18 Motion Pictures, recalls films that are high concept and plot driven. During the course of the interview, he was not entirely convinced with the answer to my question on genre films and the challenges in making and promoting them. He had promised to return to it later. With the recorder off, he is at ease to talk about films like Rangoon, Romeo Akbar Walter, and Lucknow Central among others.

Unfortunately, most of these films didn't work too well at the box-office. He is candid to admit the lukewarm response that each of these films got and the heartbreak it eventually led to. "I had to go to rehab in some cases," he laughs, following with a correction, "Rehab as in wellness centres where I could de-stress."

Failures are not easy to accept. Andhare wouldn't just consider them as part and parcel of the business. It’s much more that leads to a lot of heartache. But there are also reasons for him to rejoice. The studio that has backed some very interesting and bold projects such as Queen and Mary Kom among others previously, has been on a winning streak with their last year’s release, Andhadhun. The film, after critical and commercial acclaim in India, has done a good business in China and also won a couple of National Awards recently. It is also being remade in different Indian languages.

Andhare talks about backing films that are path-breaking, starting a digital arm and more.

It’s going to be almost a decade for the studio soon. How would you say its journey has been so far?

We have made a lot of impact with our films from the very beginning. The first film was Tanu Weds Manu, a very successful film. We had Kahaani, again a path-breaking film. Then we had a series of films with Akshay Kumar, unconventional films like Special 26, OMG – Oh My God! etc. Then, Madras Cafe, Son of Sardar and a lot more. We have had a great time on the studio side of the business where we have always made films that got noticed for being stand-out and for not being middle-of-the-road or standard films. That’s been really consistent over these years, which to me is the most exciting and gratifying part.

We had an innings called Studio 18 prior to Viacom 18 where we had done films like Singh Is King, Ghajini and Welcome. We made a lot of big films and we learned from the economics of big films that economics may not be very favourable because a large portion of that (budget) goes into the making itself and the various people involved, including stars. Which why the journey of Viacom 18 Motion Pictures specifically originated from this thought that 'let’s go and do films that are not necessarily pulled/driven by star-power'. Those films, if they achieve box-office success, give a very significant return on investment (ROI). That is the sort of business model that we are very consistently stuck to. That has also given us a phenomenal stand-out appeal as a studio. In these six years, we have won five national awards for best film. And these are not films that are obscure and unknown films, which let’s say gets awarded for its pure artistic achievements. But all our landmark films have been not only acclaimed critically and loved by the audiences, but have also been phenomenal business successes.

What do awards mean to you as a studio representative?

The journey begins by being passionate about the film subject. When we are developing a script from a story idea, the motive is really the cinematic passion and the love for the subject. Of course, it has got to be rooted in business and economics force. It would be unfair to say that awards are driving us. But an award is just recognition of certain quality of commitment and a certain quality of work that has gone into a product, and if that comes, then it’s great. But it is business first and for me, the biggest reward is the ROI.

The Hindi film industry is embracing the idea of thrillers now. More thrillers and more genre films are being made. You have had a couple of them, like Kahaani, Drishyam and Andhadhun. What are these choices driven by?

Genres are a label people attach once they see a film. It is not necessarily how a film is selected. You don’t get up and say, 'let’s make a thriller'. Even if you say so, thrillers are difficult because they don’t cut across the Hindi industry. So, why did we do it? I think the motivation has been the compelling stories with a very strong plot line. Kahaani has a huge surprise at the end. (For) Drishyam, the last shot completely takes your enjoyment to a different level. (In) Andhadhun, it’s the way the guy hits the can finally. There is really a structure of writing at work. And I am a big follower of plot as that is what is visible on the writing table. Performance layers and directorial flourishes come later. That’s why I personally go after plot. Like, even a Madras Cafe is plot driven. That’s what we have done a lot, but selectively. One more thriller, which is in the works, is the remake of a Spanish film The Body—a thriller also bordering on a bit of horror.

A report suggested that there were creative conflicts between the studio and director Sriram Raghavan during the making of Andhadhun. Creative conflicts can be an organic part of filmmaking process. But, as a studio, how are you involved with a film’s creative vision?

This is totally baseless that we wanted certain changes and this and that. I think there has been one report, which I don’t think I should spare any effort in denying it. See, we are clearly about some things; one, that we backing a certain story and script. Second is that the director is making the film. There is no way that me or any of my team members from Viacom 18 Studios will ever try and prevail upon a director. There is complete clarity that the one who is in-charge is the director. We are always giving a humongous amount of inputs to the director....So, yes, there’s a creative involvement by the team and myself since the beginning. That is, however, completely different from taking a position and getting someone to change something. It’s a result of the care and passion that we have about the stories we decide to tell.

We are living in times when creative freedom can be curbed from any quarter— religious and political included. You faced a situation with Padmaavat. Since anything and any idea can face a backlash, how does it affect you as a studio?

If you wear the lens of a backlash, you won’t be able to make anything. I don’t think the starting point can be anxiety or worry that what if this or that happens. It is a diverse country and there will always be a different point of view. We don’t wear any such obvious lenses. The motivation to tell a story should be some sort of seed of excitement. And if that takes you somewhere with a potential risk, we manage those risks and go ahead with it. During Padmaavat, the court stood by the film, the government stood by the film, the film got exhibited and people lapped it up. And to me, that’s the positive side. Ultimately, after everything, the truth prevailed. I don’t look back at Padmaavat as some sort of experience that has scarred us and therefore made us more careful of a dangerous future. I think I look at it as an example of how you stick to your convictions, despite some challenges.

So, you are saying that the Padmaavat experience doesn’t make you conscious of what you are putting out?

Conscious is a different word, being afraid of a risk is a different thing. Creative risks is something that cinema certainly can’t avoid taking. Of course, it helps to be conscious. No one wants to go and hurt someone out there. The idea is to entertain people and say something original. That is what drives the thinking.

Andhadhun is being remade in Tamil and Telegu. With streaming platforms and subbed and dubbed versions of films accessible easily, how wise a business decision is it to remake a very popular film in other languages?

It makes sense. Audiences exist in their native languages. They don’t exist on a map on a single page. People living in Tamil Nadu respond to the aesthetic of their films. They have their heroes and their filmmaking culture. Similarly, in Telegu or any other language, which is why you don’t see some of our biggest stars cutting across their regions. They have their own stars...Simply because films are available doesn’t mean that different cultures will completely lap up the product, which is also why there is always case of remaking the story in the native language. The audience that you will get will be far wider compared to a small overlapping audience. And that’s the reason we have both Hindi remakes of films from other languages, and vice versa. Queen for example is being made into different languages. Now, Andhdhun. Equally, we are bringing out films like Drishyam, which were originally made in other language. The original Drishyam (Malayalam) was a cult film, but only when it was made in Hindi with Ajay and Tabu, it got noticed. Each market brings it own nuance. The value is in picking that nuance and using it in a different market. Look at Arjun Reddy. There will be a lot more of crossing over, and availability of a common digital platform will not take away the native audience that exists in these pockets.

You have been expanding into the regional space gradually. You recently made a Malayalam film (Kodathi Samaksham Balan Vakkeel), an industry that has been making some really good films off late. Is it difficult to navigate the regional space?

It is tough to navigate different language market. Cinema, as it is, is a cultural product. So, you need to fully understand the local nuance. Our approach to regional filmmaking is one of partnerships. We are not going alone, but with local talent, local producers. For instance, we have already made two films with Nagarjuna. We have allied with Annapurna Studios for Telegu. We have partnered with Vyjayanthi Movies. In Malayalam, we partnered with B. Unnikrishnan. It is a question of combining what is available in terms of the best local talent and their understanding and what we bring from our experience, learning and scale. If one is able to synergise that, and a careful calibrated approach is applied, then it is possible to navigate what are very different markets.

You are also venturing into the digital space with 'Tipping Point'. What’s the plan for that?

At the core, we are a business of storytelling and content. It makes no sense for us to limit ourselves to just the big screen. There are lots of stories which we get and are a great fit for the digital medium. With that motivation, we have launched 'Tipping Point'. We have already produced four series that are complete, which will soon be coming on a major digital platform.

Is that platform going to be VOOT (the digital arm of Viacom 18)?

We are open to different platforms. We are going from a content producing lens. We would love to have a 'Tipping Point' series on every single platform, including VOOT. That’s our dream or milestone to achieve. But of course, we are making a beginning with a particular platform, and you will soon get to know about that. We will move from there.