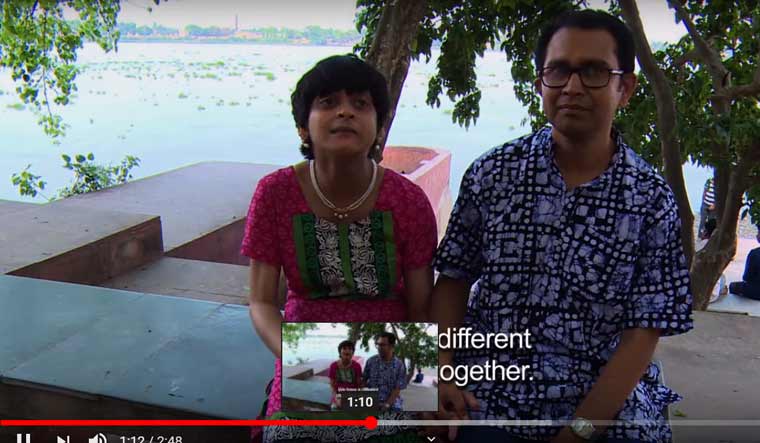 A screengrab from the trailer of 'I'm Jeeja'

Indian documentary film I'm Jeeja beat several international films to bag the top award in the 'Under 30 minute' category at the 14th edition of the 'We Care Film Festival on Disability Issues'.

The festival, touted to be one-of-its-kind international travelling film festival on disabilities, on Monday awarded a total of 10 films from nine countries.

The movies focussed on stereotypes about disability and the disabled.

The awards were given in categories based on the duration of the films—under five minutes, 30 minutes, and 90 minutes.

I'm Jeeja, directed by Swati Chakraborty tells the story of disability activist Jeeja Ghosh who suffers from cerebral palsy. Through her story, the film attempts to explore the lives and battles of people living with the disability.

The 46-year-old activist first hit headlines in 2012 when she was asked to deboard an aircraft owing to her condition.

Another Indian film that received that made the cut was Vicky Khandpur's Post Dark. It received a jury mention in 'Under 5 minutes' category.

Connection (United Arab Emirates) directed by Mark Stanely, and The Eye of the Minotaur (Bulgaria) by Borislav Kolev were awarded top prizes in 'Under five minutes' and 'Under 90 minutes' categories, respectively.

Two Russian films—They Went Dancing and Dance to live—won the third prizes respectively in 'Under 30 minutes' and 'Under 90 minutes' categories.

Films from Netherlands, Myanmar, Panama and France were also among the winners.

The films were shortlisted from a selection of 980 films and documentaries from 31 countries that entered the festival.

"Out of the total 908 films on disability issues, 90 were selected by a preview committee. These films had a participatory rating by students of two media schools and two NGOs working in the field of disability.

"36 films were further shortlisted for the finals where a five-member jury selected 10 films for the awards," said Deepak Parvatiyar, festival's media advisor.

The festival is co-founded by UNESCO, United Nations Information Centre for India and Bhutan, and a New Delhi-based NGO, Brotherhood.