Earlier, Kamma said the movie is not a remake of Malayalam movie 'Comrade in America' 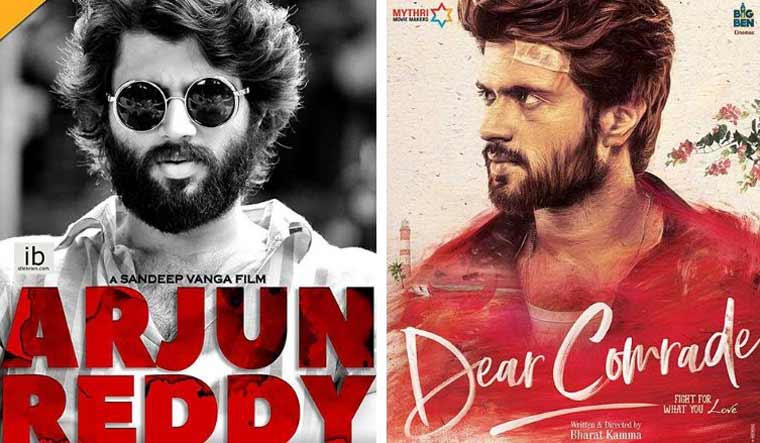 Vijay Deverakonda fans are eagerly awaiting the release of Dear Comrade this Friday. With the film already garnering some high praise from the likes of Bollywood director Karan Johar who has announced that he will be producing the Hindi remake of the movie, the excitement among fans is all the more palpable.

The movie has got not just Tollywood movie lovers excited, but Deverakonda fans across south India as the film will be released also in Tamil, Malayalam and Kannada. Deverakonda, who was touring across cities for promoting the movie, has managed to bring together Kollywood star Vijay Sethupathi and Mollywood actor Dulquer Salmaan to be part of the movie in their respective languages. Sethupathi and Dulquer Salmaan sang a song for the movie in their respective languages.

Meanwhile, ever since the release of the trailer, fans have been comparing Dear Comrade with another Deverakonda movie, Arjun Reddy—a film that catapulted the actor to immediate fame and stardom. The actor looking all messy and angry and beating up people in the trailer of Dear Comrade is the reason why fans have started comparing the film with Arjun Reddy.

In a recent interview with The Indian Express, the actor clarified that Dear Comrade, written and directed by Bharat Kamma and starring has nothing like Arjun Reddy.

Deverakonda said there is no connection between Dear Comrade and Arjun Reddy and added that people feel that there is a connection because in the trailer, they see his character acting out in anger, much like the titular character in Arjun Reddy. Further, the actor said protagonists of both the movies undertake completely different journeys and their families and relationships are also totally different too.

The actor has also said the movie is being released in four different languages as the makers feel that this is a film that will resonate with people across the regions.

Earlier, Kamma had said the movie is not a remake of Malayalam movie Comrade in America starring Dulquer Salman, after fans stared comparing the two.