'Kabir Singh' is toxic masculinity at its worst

So Arjun Reddy has been remade in Hindi, with minimal changes, as Kabir Singh, and is on its way to becoming a super-duper hit. There is a whole lot of people wah-wahing the “intense” love story, even as rational people and feminists everywhere trash it for romanticising both toxic masculinity and timid, doe-eyed female passiveness—the kind made famous in sicko international films and books like Fifty Shades of Grey, Twilight and Beautiful Disaster.

These kind of stories usually follow the same doomed Beauty and the Beast tropes, you know the one that says that every f#$ked-up guy can be “fixed” by marriage to the right girl. There is a handsome, successful, hyper-sexualised alpha male, who becomes obsessed with a quiet, submissive girl who attracts his attention by (as Kabir puts it) simply breathing. He “falls in love” with her in a single sighting; conversation, interchange of thoughts, opinions, hopes and dreams are not at all necessary. She then becomes the only beauty who can “calm” this crazy, raging beast. 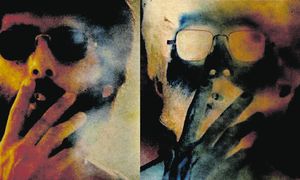 The “intensity” of their love is depicted through scenes in which he seeks her out to collapse in her lap (without asking her for permission) after devouring mountain lions (that is Twilight), pulverising opponents in a boxing ring (that is Beautiful Disaster) or working all night on his thesis (that is Kabir Singh.) He then wakes up the next day to obsess about her diet, her sleep, the drape of her chunni, the boys who may be looking at her and her menstrual cycle. This constant surveillance, again, is supposed to show his “intense” love for her.

The fact that he literally calls dibs on her—by issuing a firman to the entire student body that nobody should talk to “the new girl in the white salwar kameez” or rag her or flirt with her because she is “Kabir Sir’s interest”? Not an issue. Madly arousing? Not an issue.

The fact that he kisses her on the cheek on the very day they meet, again without permission, and after exchanging only three cursory sentences with her, which definitely does not include the question ‘would you like to date me?’ Oh, and did I mention that a groaning alaap kicks in as his smacking lips make contact with her shrinking flesh? Yeah, it is that kind of movie.

There is worse. He does not even let her choose her own friends, shooing away the girls she has chosen to sit with, and haughtily beckoning what he repeatedly calls a “fat chick” to sit next to her, instead. Be friends with her, he tells the impassive Preethi. Fat chicks and beautiful girls should hang out together. Those other chicks will not stay your friend, but the fat chick will. Trust me.

Preethi clearly digs this kind of abusive behavior. Because, after a few interactions she is shown to start smiling secretively to herself every time Kabir shows up, and very very soon, she puts out her hand to interlace her fingers with his. And then, reeling with lust and gratitude at being the alpha’s chosen one, she sleeps with him.

They still have not had a single conversation at this point.

The defenders of Kabir Singh are saying, “Oh! It is just a movie, do not over-intellectualise it.” But the fact of the matter is that filmmaking is a very precise, expensive science, and all these depictions and dialogues have been carefully vetted and deliberately, cynically selected. Shahid Kapoor has seen the Telugu version, and then knowing full well what he is getting into, given it the thumbs up.

Make no mistake, hooliganism, bouts of rage, drunkenness, drug abuse, lack of consent and violence-as-love are being both normalised and glamourised in a theatre near you.