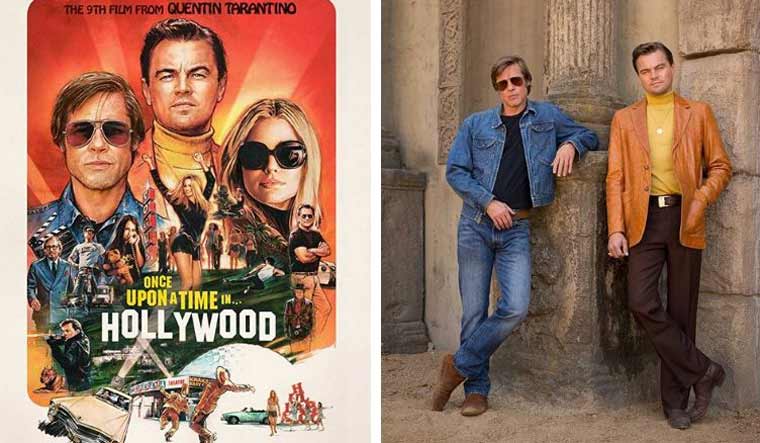 Quentin Tarantino's ninth directorial Once Upon a Time in Hollywood will be hitting the theatres in India on Independence Day, Sony Pictures Entertainment announced on Tuesday.

The studio decided on the August 15 date for Once Upon a Time in Hollywood after Prabhas-starrer Saaho moved to August 30.

At the Indian box office, the film will compete against Mission Mangal and John Abraham's Batla House.

The movie, led by Hollywood superstars Leornado DiCaprio and Brad Pitt, is based on the murder of actor Sharon Tate and three others at the hands of the Manson Family cult.

It features DiCaprio, 44, as Rick Dalton, an ageing, out-of-work actor, with Pitt, 55, playing his longtime stunt double named Cliff Booth. The two characters happen to be the neighbours of Tate, essayed by Margot Robbie in the film.

Al Pacino, Dakota Fanning, Damian Lewis, Bruce Dern, Emile Hirsch and the late Luke Perry also star in the film which is slated to be released in the US on July 26.