Manu S. Pillai's 'The Ivory Throne' to get screen adaptation 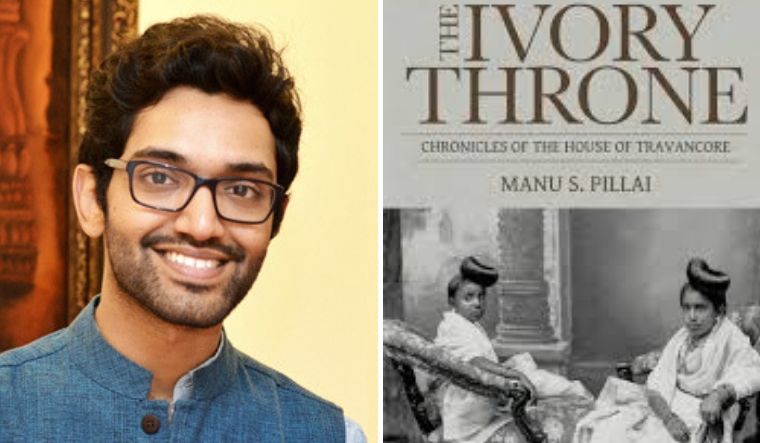 Manu S. Pillai's award-winning non-fiction The Ivory Throne: Chronicles of the House of Travancore, is set to get a screen adaptation. Arka Mediaworks that produced the Baahubali films, has acquired the audio-visual rights of the book.

“It's a retelling of a very fascinating period in Indian history. Here's hoping we can do justice to Manu's five years of hard work,” Arka Mediaworks' Shobu Yarlagadda tweeted.

Excited to have optioned @UnamPillai's work #theIvoryThrone! We @arkamediaworks are so looking forward to adapting this to screen! Its retelling of a very fascinating period in Indian history! Here's hoping we can do justice to Manu's 5 years of hard work!https://t.co/D18StbkcOj

“He tells a compelling and unique narrative of an Indian princely state that has rarely been explored or seen on screen before,” Yarlagadda said in a press statement.

Published by Harper Collins in 2015, Manu's book chronicles the life and times of Sethu Lakshmi Bayi, the last queen of the house of Travancore. The book won the Sahitya Akademi Yuva Puraskar.

Also Read: 'Sethu Lakshmi Bayi was practically written out of history, I wanted to resurrect her'

“Sethu Lakshmi Bayi, the protagonist of the book, was one of India’s most remarkable queens, with a life story that is truly gripping – it is most exciting to visualize her tale on screen, and I look forward keenly to the day this happens,” the writer said in a statement,” Manu said in a statement.