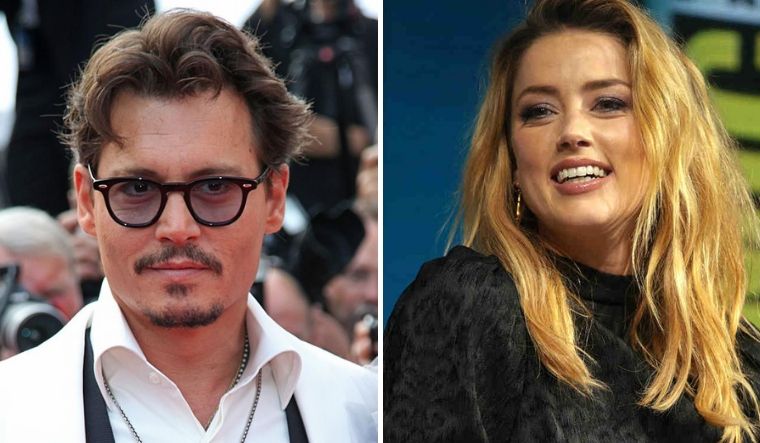 Hollywood actor Johnny Depp had been embroiled in a controversy after his ex-wife Amber Heard accused him of domestic abuse last year, in an op-ed penned in the Washington Post. Things seem to have turned around, however, with Depp suing Amber for $50 million for defamation.

Depp's lawsuit referred to Heard's allegations as a 'hoax' and has presented new evidence that it was actually Depp who was physically abused in the marriage, and not the other way around. "Ms. Heard also knew that her elaborate hoax worked: As a result of her false allegations against Mr. Depp, Ms. Heard became a darling of the #MeToo movement, was the first actress named a Human Rights Champion of the United Nations Human Rights Office, was appointed ambassador on women's rights at the American Civil Liberties Union, and was hired by L'Oreal Paris as its global spokesperson," the lawsuit stated.

Depp's legal team have provided fresh evidence alleging Heard punched Depp in the face and and chopped a part of his finger. The new video and photographic evidence submitted show Depp's face with a huge bruise, and one of his fingers severed. Depp also submitted 87 surveillance camera videos to the court and 17 depositions of witnesses, including police officers.

This new development has brought around a change in attitude towards Depp on social media. Fans have been apologising to the actor for accusing him of abuse. According to reports, Depp is 'overwhelmed' with this outpouring of support.

This man has been attacked and hated for 3 years while he was the victim, but never stopped being the kind, gentle, sweet human being that he has always been. I'm so happy to see him healing from all the abused he suffered #JohnnyDepp pic.twitter.com/7kSRm6xWUF

The internet of idiots blindly supported Amber and trolled #JohnnyDepp without knowing the truth. https://t.co/GRAS1aGjt6

This should get more retweets, this is why we're here, this is why he's suing!!#JohnnyDepp #johnnydeppisinnocent https://t.co/F8wvrobc6m