Ranveer Singh reveals the reason for signing up 'Gully Boy' 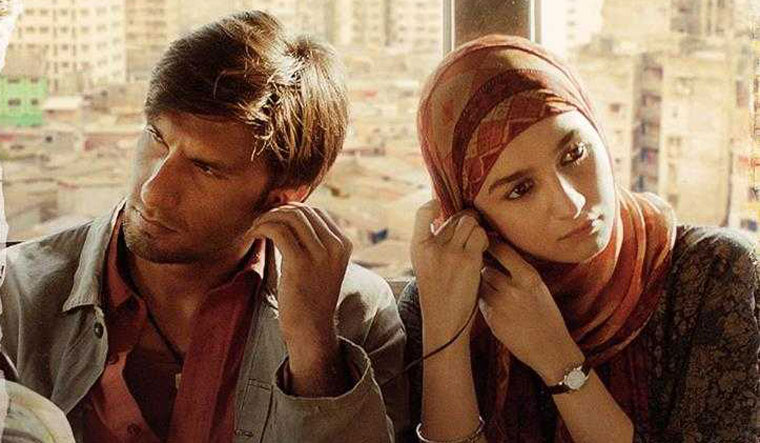 Gully Boy is one of 2019's most awaited films and actor Ranveer Singh says it was the original 'Mere Gully Mein' track that had him hooked.

In the Zoya Akhtar directorial, the 33-year-old actor plays an up-and-coming rapper who sets out to achieve his dream by rhyming about his life on the Mumbai streets.

Ranveer says the original number, created by underground rappers Divine and Naezy, blew him away when he saw its video for the first time.

"When Zoya pitched me this film, 'Mere Gully Mein', the original video was the first thing she showed me. She said that this is the flavour of the film I want to make and the video completely blew my brains.

"I mugged up the entire rap and since then I started following Naezy and Divine's music. 'Mere Gully Mein' for me, like for many others, is a huge breakthrough for the scene, the movement that's happening in our society and I'm glad that I was the first one to whom this breakthrough of a song reached," he told PTI.

The actor, who has recreated Naezy's portion in the album, says incidentally it was the first song he rapped for the album.

"Zoya was unsure about my rapping skills at first. I remember that day at Purple Haze studio; Divine was there, he was actually in the booth with me; hyping me and guiding me. And it happened in the first take.

"Divine loved it, Zoya loved it and it was decided there and then after I rapped Naezy's verse from 'Mere Gully Mein' that I would be doing my own voice in the film," Ranveer says.

Besides 'Mere Gully Mein', two other tracks—'Asli Hip Hop' and 'Apna Time Aayega'—have been released from the album.

And Ranveer has lent his voice to a total of four numbers in the film's album.

The actor's last release Simmba was a massive hit and he is currently prepping for Kabir Khan's sports drama 83.