GUEST COLUMN: Automation and the future of banking jobs in India 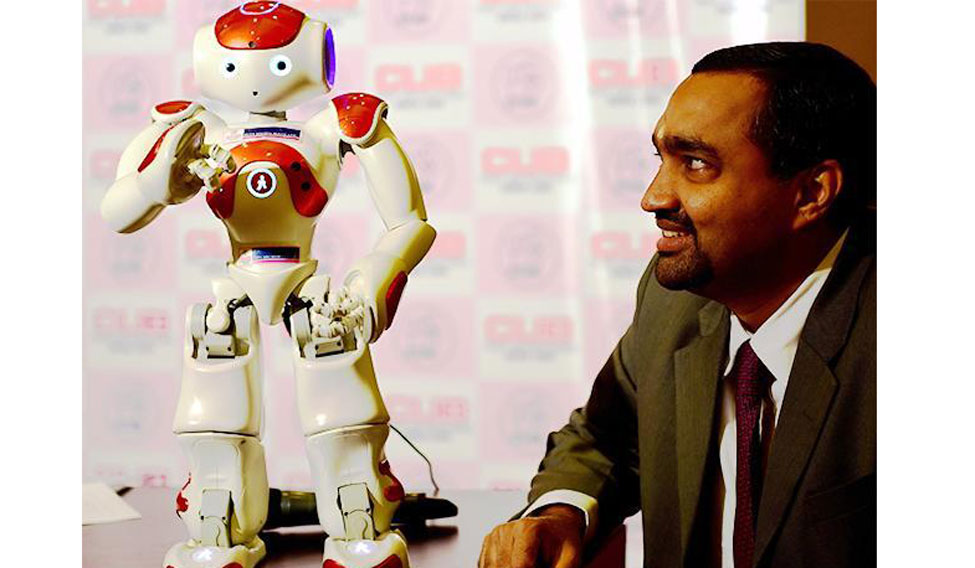 AI enabled robot, Lakshmi, of City Union Bank during its launch in 2016 | BCCL

There has been a generational shift in banking, owing to advancement of technology in the last few decades.

With the proliferation of automation, a number of banking operations such as fund transfer, opening accounts, paying bills, getting account statements, ordering cheque books can now be performed without visiting a bank branch. From recent observations, there has been a generational shift in banking, owing to advancement of technology in the last few decades

The latest research released by Michael Page India, titled 'India Automation Trends', reveals that 87 per cent of respondents welcome the introduction of robotics. In addition, the top perceived benefits brought about by automation were found to be speed (27 per cent), accuracy (24 per cent) and cost-efficiency (24 per cent).

This significant shift and the rise in digitisation guarantees the arrival of a new set of opportunities and challenges. For instance, the automation of the large number of repetitive, low value and low risk processes will empower banks by increasing their efficiency and enhancing customer experience while reducing operational cost. Additionally by using tools such as analytics and data mining in areas like sales and product development, financial institutions can make more informed management decisions. Furthermore, the digitisation of processes in banks will also lead to an increase in and improvement of communication, both internally among its employees as well as externally with their customers and the public in general.

It is highly likely that the branch-banking set-up in India, particularly in the metro cities, will evolve due to the trend of automation. As a consequence of the extensive utilisation of automation and self-serviced technology, banks are expected to see a minimal number of counter employees working at the branches. The emphasis on transaction related businesses will decrease and banks will concentrate their energies more towards the sales, service and consultancy to their customers. Self-service kiosks and ATMs would likely take over a majority of the current work including cash and cheque deposits, account inquiry, statement printing and bill payments.

It is interesting to note that Vikram Pandit was recently quoted saying that 30 per cent of jobs in banking globally may be lost due to AI and robotics. The expected outcome for the banking industry, in the wake of automation, calls for the enhancement of skills for the lower level employees in this sector. Furthermore, as the roles will be more consulting and sales oriented in future, knowledge and professionalism will become the key differentiators moving forward.

The profits and customers of the future will most likely sway towards banks that successfully harness technologies to automate processes, create new digital products and streamline the overall user banking experience. In order to retain a competitive edge, banks would be required to invest heavily in digital technologies, which will assist them in delivering an enhanced customer experience at low operational costs.

Banking sector is expected to face stiff competition from new platforms like financial technology firms, payments banks and non-banking financial companies, which will focus their efforts on being technologically savvy.

Banking transactions, whether on mobile phones or online channels, are increasingly on the rise and will continue in that direction, thereby becoming one of the main drivers of digital banking in the future.

A number of banks are already embracing this shift in India. HSBC has halved its number of branches in India from 50 to 26 and has turned its focus on retail banking through digital channels. Another global bank, DBS has announced a digital banking campaign, which will acquire and service retail customers through digital platforms. In addition, two leading Indian banks, HDFC Bank and YES Bank have cut employee strength by over 11,000 and nearly 2,000 employees, respectively, on grounds of poor performance and digitisation.

Largely, branch-banking in India’s metro cities will become leaner and smarter while the overall employee strength in banking will decrease as impacted by a reduction in number of low-skilled employees in the near future. These are likely to be in the middle, back office as well as transaction-oriented roles. Incidentally, an increase in hiring for highly-skilled jobs, in the sales and analytics spaces, which will be created by automation, is anticipated.

While this change will take place at a gradual pace, it will be slower in the rural areas of the country. In these areas cash remains the preferred mode of transaction and the population have less knowledge and trust in technology with regards to financial matters.

Anshul Lodha, is the Director of Michael Page India. Michael Page is a leading professional recruitment consultancy specialising in the recruitment of permanent, contract and temporary positions on behalf of the world’s top employers.

Your form could not be submitted.
This browser settings will not support to add bookmarks programmatically. Please press Ctrl+D or change settings to bookmark this page.
Topics : #banking | #jobs