The interest rate hike was expected given concerns over high inflation 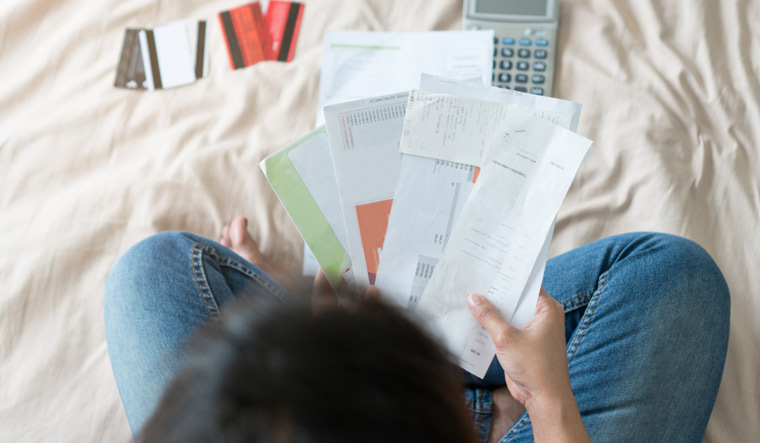 Do you have a loan or are planning to take one? Get prepared for higher interest rates, as the Reserve Bank of India on Friday raised the repo rate by another 50 basis points (0.5 per cent). The fourth hike in the benchmark rate at which it lends commercial banks this financial year now stands at 5.9 per cent, versus 4 per cent in early May.

The interest rate hike was expected given concerns over high inflation. Furthermore, aggressive interest rate increases by central banks of developed economies, including the US Federal Reserve, and the impact that has had on the rupee (it has depreciated over 7 per cent to the dollar so far this financial year) meant the Reserve Bank had little choice but to raise rates yet again.

“The consequence of the sharp rate hikes in the US is manifesting in a weaker interest rate differential between India and the US and this is likely to have a negative implication on global flows into India. Further, the depreciation in the rupee is also putting a spoke in the RBI’s fight against inflation in India,” said Indranil Pan, chief economist at Yes Bank.

Sachchidanand Shukla, chief economist at Mahindra & Mahindra said that by keeping the interest differential under check, the RBI will not only provide cover to the rupee for an “orderly movement”, but will also “save ammunition by not having to run down precious forex reserves.”

Those who have a floating rate home loan, or the loan is linked to an external benchmark like the repo rate, will see their interest rates go up soon. And Friday’s repo rate hike is unlikely to be the last in the current cycle.

“Policy rate hike of 50 bps is in line with our expectations. Given the global adverse conditions, we remain wary of the pressure on the rupee and hence the need for continued rate hikes. We expect the monetary policy committee to hike 35 bps in the December policy,” said Upasna Bhardwaj, Chief Economist, Kotak Mahindra Bank.

The Reserve Bank as such stopped short of providing any specific guidance on rates. But, the monetary policy committee deciding to "remain focused on the withdrawal of accommodation" clearly leaves the door open for a further round of rate increases. As Pan says, RBI is “standing ready to deepen and elongate” the rate hike cycle consequent to global dynamics.

“We believe that the RBI would be open to pushing the repo rate to 6.50 per cent levels by February 2023, implying two more hikes – in December by 35 bps and in February by 25 bps,” he noted.

Around 47 per cent of the floating rate lending is linked to the external benchmark rate for the banking system, pointed out Prakash Agarwal, director and head of financial institutions, India Ratings and Research. Loan growth, especially in long tenor products like housing loans, has seen strong growth in recent quarters. But there could be headwinds with a material increase in EMI instalments, he said.

With the increase in repo rate, deposit rates are likely to go up as well, but they tend to do so with a lag.

“While bank deposit rates are likely to increase faster in rest of the financial year than first half as system liquidity tightens and wholesale deposit rates trend higher, the rise still is likely to be calibrated, lagged and lower than repo,” said Agarwal.

Apart from raising the benchmark repo rate, the RBI on Friday also lowered its GDP growth forecasts for the current financial year ending March 2023 to 7 per cent from 7.2 per cent, while it maintained the average retail inflation expectation at 6.7 per cent for the year. Retail inflation in India has remained above RBI’s 6 per cent upper threshold limit for eight months now. RBI anticipates inflation will gradually come off from 7.1 per cent in the September quarter to 6.5 per cent in December and 5.8 per cent in March. However, RBI Governor Shaktikanta Das still flagged upside risks to food prices and has stressed that inflation allowed to linger invariably triggers second-order effects.

It will also be watchful for further aggressive interest rate moves by global central banks in the coming months.

In the words of Nilesh Shah, Group President & MD, Kotak Mahindra Asset Management, it is a “tight-rope walk” between inflation, growth and stability for the RBI.

“The RBI is batting on a difficult pitch against hostile bowling. The rapidly deteriorating global situation, a drawdown of systematic liquidity and forex reserves, inflationary pressure and growing concern are testing the RBI. The RBI has so far batted with few misses,” said Shah.

Ajit Banerjee, chief investment officer at Shriram Life Insurance has also pencilled in another 35 basis points hike that will take the repo rate to 6.25 per cent. He feels, thereafter the RBI will take a pause unless prevailing circumstances make it compelling otherwise.

Rajani Sinha, the chief economist at CareEdge (formerly CARE Ratings), says liquidity will be the crucial aspect to watch out for in the next few months. The reduction in banking system liquidity surplus will ensure more effective transmission of RBI’s policy rate hike, she said.

Sinha sees another 25-50 bps hike in repo rate in the current financial year, with risks to inflation persisting.