Our logistics should move at speed of cheetah: PM Modi 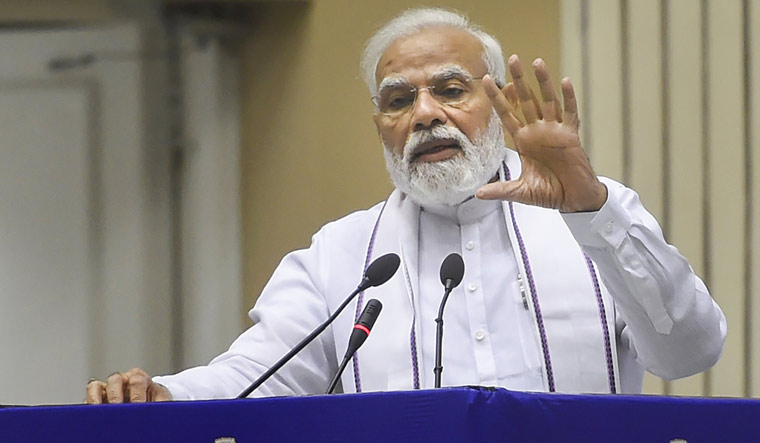 Global experts are impressed by India's extraordinary talent ecosystem, Prime Minister Narendra Modi said as he launched the National Logistics Policy (NLP) on Saturday. The policy seeks to address challenges facing the transport sector and reduce the logistics cost for improving the competitiveness of Indian goods both in domestic and export markets.

Modi called the policy launch a significant step in fulfilling the pran of India being a developed country. “To ensure quick last mile delivery, end transport-related challenges, save time and money of the manufacturers, prevent wastage of the agro-products, concerted efforts were made and one of the manifestations of those efforts is today’s National Logistics Policy,” he said.

The prime minister said that the policy will bring new energy to all sectors. “Today’s India prepares the ground before bringing any policy, only then a policy can be implemented successfully. National Logistics Policy has not come out of the blue and there were eight years of hard work behind it. There are policy changes, major decisions, and, if I talk about myself, it has my 22 years of governance experience behind it,” he said.

Modi claimed that schemes like Sagarmala and Bharatmala expedited the work of dedicated freight corridors to improve logistics connectivity for systematic infrastructure development. The total capacity of Indian ports has increased significantly and the average turn-around time of container vessels has come down from 44 hours to 26 hours, he said.

For promoting export, 40 air cargo terminals have been constructed while 30 airports have been provided cold-storage facilities. Thirty-five multi-modal hubs are coming up in the country, said Modi. “Through waterways, we can do eco-friendly and cost-effective transportation, for this many new waterways are also being built in the country,” he said.

The prime minister stressed on the need to adopt technology to strengthen the logistic sector and said the government has worked towards initiatives like paperless EXIM trade process through e-sanchit, faceless assessment for customs, provisions for e-way bills and FASTag that have greatly increased the efficiency of the logistics sector. Modi also underlined the importance of a unified tax system like GST in smoothening the issues of the logistics sector.

“From 13-14 per cent logistics cost, we should all aim to bring it to single-digit as soon as possible. This, in a way, is a low-hanging fruit, if we have to become globally competitive,” the prime minister said.

Modi said that Unified Logistics Interface Platform (ULIP) will bring all the digital services related to the transportation sector into a single portal. He also pointed out that the PM Gatishakti National Master Plan will be supporting the National Logistics Policy in all earnest.

“Gatishakti and National Logistics Policy together are now taking the country towards a new work culture. The talent that will come out of the recently approved Gatishakti University will also help it a lot,” he added.

Modi said the world is looking at India as a 'democratic superpower'. “Today the world's attitude towards India is changing. Today the world is evaluating India very positively, it is keeping a lot of expectations from India,” he said.

The prime minister remarked that the resilience shown by India and the Indian economy in the midst of a global crisis has filled the world with new confidence.

“The reforms that India has done in the last years, the policies implemented are unprecedented. That is why the faith of the world has increased in us,” he said.