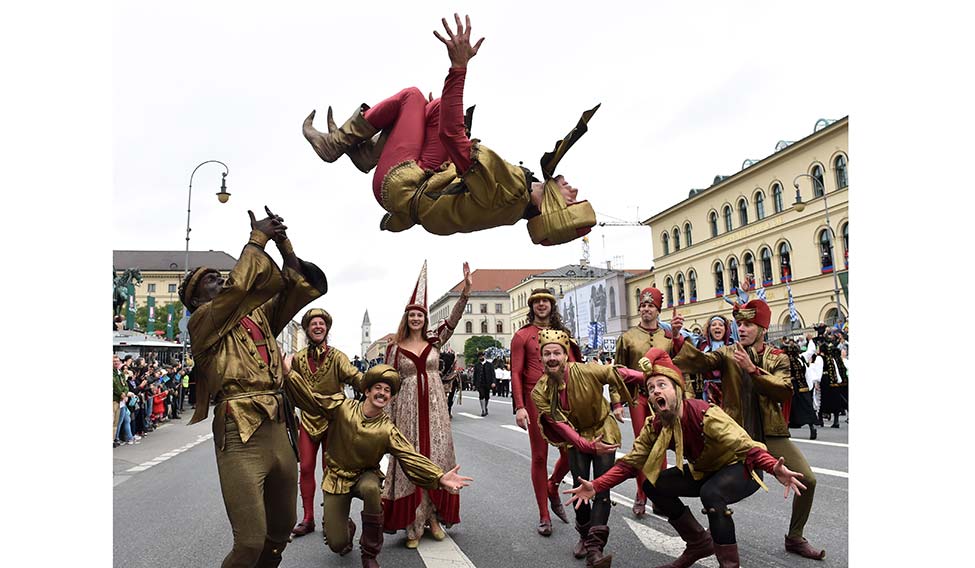 (File) The traditional costume and riflemen parade during the Oktoberfest beer festival in Munich, Germany | AFP

Europe undoubtedly tops the wish-list of Indian tourists. And now, the blue continent too has woken up to the rising affluence and influence of the global Indian. A marriage made in tourism heaven, you think?

Nein, nein, if you go by the visa delays, flight cancellations, baggage lost and the all-round chaos reigning around that epitomised the tourist season this year (we are not even going into the scorching summer heatwaves there). Visas are delayed by weeks if not months, as consulates struggle to process applications with their post-Covid depleted staff and resources.

So, it does come as a surprise when country after European country is out in their fineries wooing Indians through roadshows, tourism promotion events and more. That too, right at the end of the European summer, normally considered the only ideal time to visit the otherwise generally cold region.

“Indians are now travelling round the year to Germany; it is a misnomer to say they only go to Europe during the summers,” argued Romit Theophilus, director general of the German National Tourist Office in India. “There is ‘Festival of Lights’ coming up in October, then the Christmas markets from November, and we have seen a spurt in Indian arrivals in the winter/Christmas season, too,” he said.

While the official Tourist board does not directly promote events like Oktoberfest (the world’s biggest beer festival), it is estimated that a lot of Indians land up in Munich for this.

Hemant Mediratta, luxury hotelier and founder of One Rep Global, agrees. "Luxury outbound travel is at an all time high despite the visa delays. The seasonality of the destination has also taken a backseat and Indians are travelling to whichever destination has easy availability. International hotel brands are now looking at the Indian outbound market with new found respect and want a share of the Indian travellers.”

The interest is palpable with even ambassadors coming out and making the case for their country. Ambassador of Bosnia and Herzegovina Muhamed Cengic recently spoke at a business event arguing how his country “has more waterfalls than France and Spain combined!” He exhorted Indians to travel to the Balkans where they get to “travel to at least three countries that are very diverse by nature, by culture and by history.”

The Europeans surely want a piece of that pie. Germany, in fact, plans to invest more than Rs 4 crore in India purely for tourism promotions.

Eighteen lakh Indian tourists visited Europe before the pandemic, but this number plummeted to just under five lakh in 2020. With a revival in full swing — aviation consultant OAG revealed last week that India was the fastest growing market in the world for increase in number of flights, Europe surely wants to get its swoop from the gravy train. Even if they can’t promise you a visa on time.