This is on the back of increase in exports of petroleum products, electronics 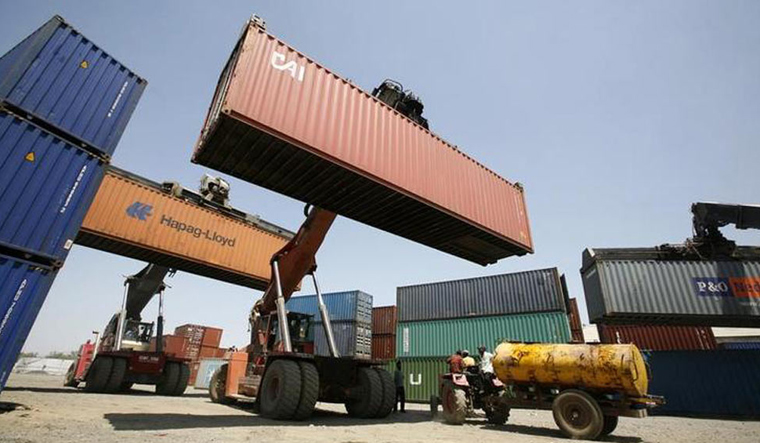 Amidst all the gloom over soaring inflation, fuel costs and flight of foreign investors from the markets, India’s export scenario offers a glimmer of hope. After a record performance in the last financial year, India’s mercantile exports scaled a new high by crossing the $40 billion mark last month.

The nation’s overall exports (mercantile goods along with services combined) in April 2022 is estimated to be nearly $68 billion—a positive growth of nearly 39 per cent over the same period last year.

India’s foreign trade notched up this impressive feat on the back of increase in exports of petroleum products, electronics, processed food, coffee and leather products.

The overall trade still shows a deficit, though small considering the overall numbers, at just $8 billion. The growth in trade is particularly impressive when it comes to the services sector, an area where India has always been strong, where the growth in exports is at 53 per cent.

Indian exports had crossed the milestone of $400 billion last financial year for the first time ever. The performance in the first month of the new financial year shows that new records are likely to be smashed in the coming months as well, despite the prevailing global uncertainties.

Equally impressive has been the fact that India is diversifying its export bouquet — non-petroleum and non-gems and jewellery exports notched up $28.46 billion, an increase of nearly 20 per cent over the same month last year. For example, electronic goods increased by nearly 72 per cent, while cereals went up nearly 61 per cent.

“The outstanding accomplishments of the exporters have consistently not only helped the economy to reap rich dividends, but will also support our endeavour to become a $5 trillion economy by 2025,” said A Sakthivel, president of the Federation of Indian Export Organisations (FIEO).

“Starting the fiscal with such an impressive beginning will further add to the motivation of the exporting community for much higher growth during the financial year,” Sakthivel said. He reiterated that the benefits of the newly signed free trade agreements as well as the PLI (production-linked incentives) schemes will further help India in building on the milestones achieved during the previous fiscal year.