Crude's highest level since 2008 to cost India billions of dollars 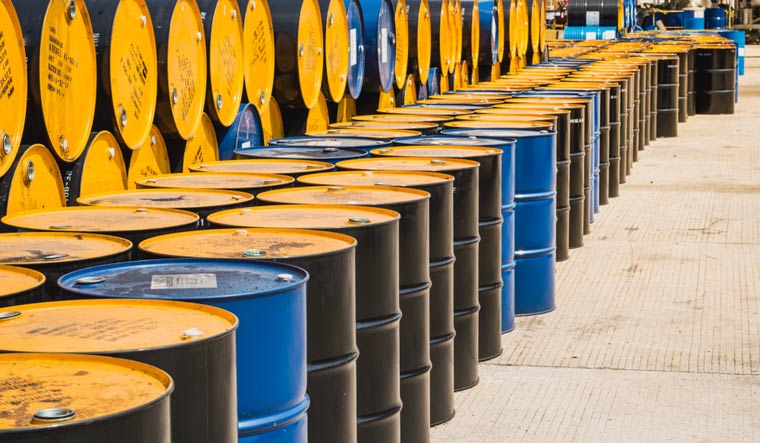 Crude oil prices that have been on the boil since the Russian invasion of Ukraine show no sign of cooling off. On Monday, benchmark brent crude topped $139 a barrel after reports that the United States was discussing with other countries a potential ban on Russian oil supplies. Prices later retreated to around $130 a barrel.

“The Russian invasion of Ukraine and likely lower exports of Russian crude oil will keep crude oil prices elevated for a protracted period. We estimate the Indian economy to incur an additional $70 billion burden (1.9 per cent of GDP) versus FY 2022 levels at an average crude price of $120 per barrel,” said Kotak Institutional Equities, in a report led by its MD and co-head Sanjeev Prasad.

Fuel prices in India haven’t changed since November. But, there is growing expectation that fuel companies will raise prices sharply this month after the various assembly election results are announced.

Indian consumers will be among the hardest hit by the increase; with the direct impact alone estimated at $22 billion.

“Households will have to bear the bulk of the burden of higher gasoline, diesel and LPG prices, assuming companies do not bear any share and the government bears some share on auto fuels,” said the analysts.

Apart from the direct impact in the form of higher retail fuel prices, the consumers will also have to bear an indirect impact as companies across sectors are expected to pass on higher expenses they incur by raising product prices, they added.

“We estimate incremental $8 billion cost of industrial fuels, $11 billion of freight cost and $4 billion cost of other products from higher crude prices,” the Kotak analysts said.

This indirect impact eventually to be borne by households is estimated to be around $23 billion or 0.7 per cent of gross disposable income in the year ending March 2023.

However, raising product prices could also hurt volume growth of companies. They are also likely to see pressure on gross margins.

Crude oil prices were already rising even before the Russian war on Ukraine. The Union government in November 2021 reduced excise duty on petrol and diesel by Rs 5 and Rs 10 respectively. The government this time around, too, may choose to take some excise duty cuts to reduce the burden on consumers.

Assuming a Rs 10 per litre cut in excise duty on petrol and diesel, excise revenue may decline by $20 billion, the Kotak analysts estimate.

The government may also have to raise minimum support price of various crops sharply to support farm incomes amid an increase in their input costs.

“We would not rule out 10-12 per cent increase in MSPs in FY2023, versus the average 3-4 per cent increase seen in the past few years. As such, food subsidy of the government may increase by $3.5 billion,” said the analysts.

At $120 per barrel, retail inflation next financial year is likely to be around 5.8 per cent in the second half of the year, close to the RBI’s upper 2-6 per cent tolerance band, the Kotak analysts felt.