Why IndusInd Bank, Spandana Sphoorty are clashing over key appointments 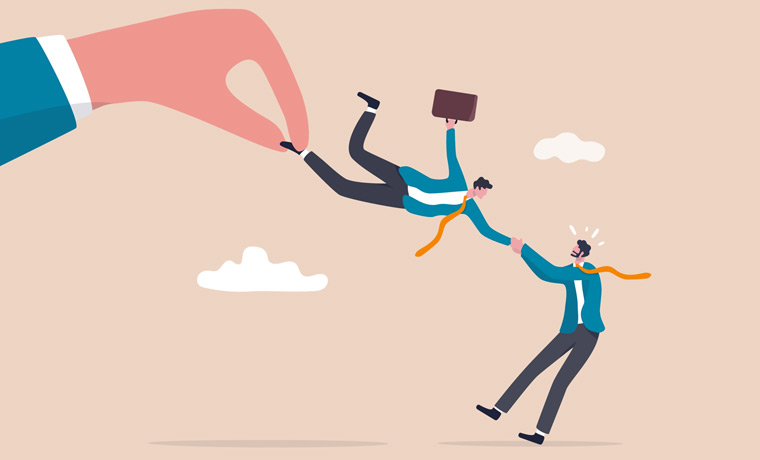 A company hires two top executives and notifies exchanges about it. But, the next day, their current employer responds, saying they haven’t even resigned and hence cannot be relieved.

That is the crux of the ongoing curious but bitter tussle between two financial services firms—private sector lender IndusInd Bank and micro-finance lender Spandana Sphoorty.

“With his immense experience in financial services and strong command of the microfinance industry, Shalabh is the right person to lead Spandana,” K.R. Kamath, chairman of the management committee of the board of Spandana even said.

However, on Tuesday IndusInd Bank said neither of the two executives had resigned and would be relieved.

“Neither, Shalabh Saxena nor Ashish Damani have tendered their resignation from the services of Bharat Financial. As per the terms of their employment, once the resignation is tendered, it is subject to acceptance by the board of directors of Bharat Financial. Upon, acceptance by the board, a specified notice period is also required to be served. However, as neither of them have tendered their resignations, such due process has not been initiated,” IndusInd Bank said.

The bank further added that as per their contractual terms of employment, Saxena and Damani are also prohibited from accepting employment at a competitor of Bharat Financial, such as Spandana, unless approved in writing by the board of Bharat Financial. Since neither of them had tendered their resignation, any purported acceptance by them of employment at Spandana, would in contravention of the terms of their employment, it said.

In recent times there have been allegations of evergreening of loans at Bharat Financial. IndusInd Bank had denied these allegations. On November 6, it said that 84,000 loans were disbursed without the customer consent getting recorded at the time of loan disbursement in May 2021. The bank blamed “technical glitch” for it. It further said that an independent review had been initiated to see if there was any process lapse or accounting failure at Bharat Financial.

On Tuesday, IndusInd Bank pointed that certain transactions at Bharat Financial were the subject of an ongoing review and that Saxena and Damani’s continued employment was critical and they couldn’t be relieved until the review was completed.

Spandana is yet to comment on IndusInd’s response. The microfinance lender is going through its own issues. On November 2, the company said that its founder and managing director Padmaja G Reddy had resigned and the board had accepted her resignation with immediate effect.

Reports later said that Reddy had been forced out by the board and investor Kedaara Capital after she had opposed to underselling of the company to Axis Bank.

What happens to the ongoing review at Bharat Financial, how Spandana responds and which company the two executives will finally end up in, will be closely watched by investors.