The many challenges facing Ola

Delivery of electric scooters awaited, Ola expects new appointees to up the game 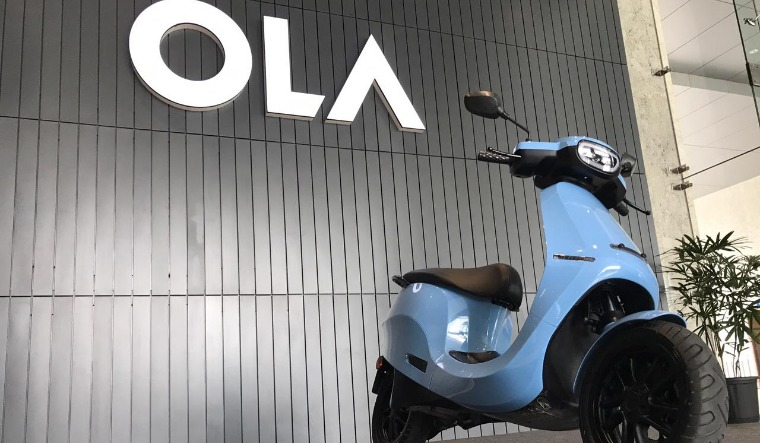 As people await delivery of Ola scooters, which may happen soon, Ola Electric has witnessed many changes at the senior level. As per media reports, head of quality assurance at Ola Electric, Joseph Thomas, left the company recently. His departure came amid delays in Ola's scooter delivery schedule. Ola appointed V. Ramesh as the vice president and head of operations at the Ola Futurefactory and Priteesh Mahajan as the head of two-wheeler product planning and programme management at Ola Electric.

Though changes in delivery schedules are not due to any new launches, it remains to be seen whether there would be further delays in the delivery of the scooters. As per reports, Ola Electric has already sold around Rs 1,200 crore worth scooters, delivery of which are awaited.

Post the launch of the scooter, Ola Electric had announced that it had customised nine Ola S1 Pro for the Netherlands Embassy in India, painting it in orange colour and sporting the official logo of the country. These will be used across the three diplomatic missions of the Netherlands in India—New Delhi, Bengaluru and Mumbai. The delivery of these scooters are also yet to happen.

It appears that Ola Electric is now totally focused on the delivery of electric scooters. The new entrant, Ramesh, will be responsible for ensuring efficiency of operations and instilling best practices in safety, quality and productivity to help scale up the Futurefactory (Ola Electric's two-wheeler factory) built on Industry 4.0 principles. Ramesh has more than three decades of experience in areas of production, quality, design and development, having previously worked with Toyota, Maruti Suzuki, Lucas TVS and TATA Hitachi.

Mahajan will be responsible for overseeing the engineering programme management for the company’s two-wheeler segment which includes both the current line-up, as well as future products. Mahajan has over two decades of experience and joined Ola Electric from ABB, where he managed global and local businesses as the head of its global instrumentation business.

“Scooters is a tough business, with the incumbents being there for a long time. It is not just about the product, but the production as well as supply chain which becomes important. Apparently, some products are still in the beta version and the deliveries are getting delayed which were the reasons for some high profile exits. These are things which will swing the markets when they go public. Companies need to mature when they are in the public eye, and a lot more maturity from the management in terms of products being released into the market and the senior team would be needed. It won't be an easy journey going against competition as the initial euphoria is bound to die after sometime. This, coupled with issues with delays in deliveries, could sound as bad news even for the public markets when they go in for listing,” explained Sathya Pramod, CEO, Kayess Square Consulting Private Limited.

Experts agree that in addition to its core offering of providing mobility services, Ola has identified new opportunities in the transportation sector that can create significant new revenue streams. “One thing needs to be observed is the fact that this shift entails from services to products, and there is a wide chasm between the two. The question is, just because Ola has a proven business model in taxi services, does it automatically bring success in the highly competitive two-wheeler segment. It needs to be observed in the long run,” remarked Alok Shende of Mumbai-based Ascentius Consulting.

Despite challenges, the kind of infrastructure Ola Electric is planning to develop, and the vast two-wheeler manufacturing facility in Tamil Nadu, is expected to help the company tread on a fast growth map. “What Ola has built so far is amazing execution. Recent volatility in the investment climate has been unexpected for many, though lessons of history keep reminding us that frenzied actions are short lived. We will see moderation in many dimensions right from investment sentiments and consumer demand to the recruitment market. We see the transitions in companies like Ola Electric as indicators of moderation to settle in,” Aditya Narayan Mishra, director and CEO of CIEL HR Services told THE WEEK.

It needs to be seen how Ola Electric is able to change the overall electric vehicle ecosystem in India in the near future, as experts have pointed out that it might not be that easy, as it took more than a century to develop an ecosystem around internal combustion engine (ICE) vehicles and it may take time before a matured ecosystem develops around electric vehicles as they have been around only for a decade.

At the same time, though electric scooter manufacturers are vocal about expansion plans, there are concerns that e-scooters may remain an urban phenomenon in India as scooter ownership is not widely prevalent in tier III cities of the country given their relatively higher cost of running as compared with motorcycles, and poor quality of roads. In case of electric scooters, the lack of availability of sustainable home charging and higher cost of acquisition compared to ICE motorcycles are likely to be the key impediments to their adoption in rural areas.