Paytm IPO: Invest or not? What you need to know 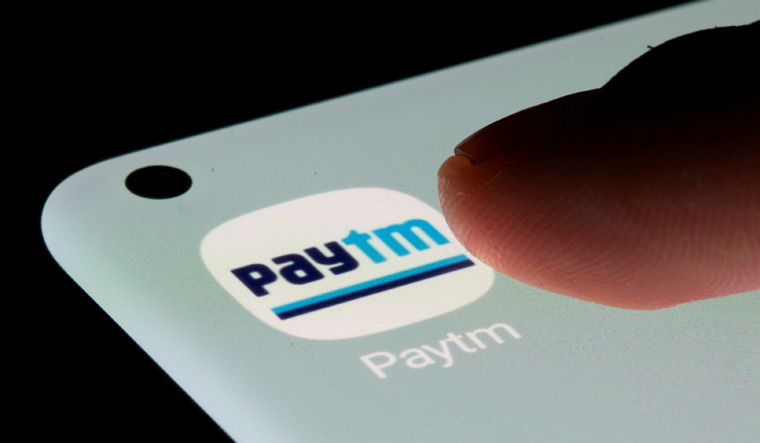 The initial public offering of One 97 Communications, the parent company of fintech giant Paytm, has seen steady rise in subscriptions; the issue was subscribed 35 per cent as of 12:45pm on day two. Retail investors have shown a huge interest, with the portion reserved for them fully subscribed (1.03 times). However, qualified institutional buyers and non-institutional investors seem to be in a wait and watch mode, with their portions getting subscribed 0.29 times and 0.03 times respectively.

In recent years, digital transactions have surged. Especially, in the last one year, as COVID-19 led to nationwide lockdowns and social distancing was the need of the hour, online transactions, be it for making bill payments or paying merchants or sending money to others, gained huge traction.

Paytm is the largest payments platform in the country. In the year-ended March 2021, the company reported a gross merchandise value (GMV) of Rs 4.03 lakh crore and monthly transacting users have averaged 50.4 million in the Jan-March quarter. Its total number of merchants registered on the platform grew to 21.1 million as of March 31, 2021 from 11.2 million as of March 31, 2019.

“Paytm is the only payments company in India that, together with their affiliates, owns each layer of the payment stack,” noted Axis Capital.

Paytm says its a market leader in mobile payments and consumer to merchant payments. In FY21, it had a market share of 40 per cent in consumer to merchant payments by transaction volume. In case of wallet payment transaction, it had a much higher share in the range of 65-70 per cent. But, competition is intense in this space. Companies like PhonePe, Google Pay and even banks are getting aggressive in this space. So, Paytm will have to continue to expand rapidly as well as innovate constantly to retain leadership.

It admits that factors including increased competition, slowing demand for its products and services from existing and new consumers, reduced market acceptance for its existing products merchants seeking to reduce the fees its charges, general economic conditions, government policies and failure by it to continue capitalising on growth opportunities could lead to a decline in revenue growth rates.

Paytm is still loss making. In the last financial year, it reported a net loss of Rs 1,701 crore on a total income of Rs 3,186.8 crore. While losses, declined 42 per cent from a year ago, aided by a cut in marketing and promotional expenses, revenue also declined 10 per cent, as travel and movie ticketing business got hit due to the pandemic.

“We have a history of net losses, we anticipate increasing operating expenses in the future, and we may not be able to achieve and maintain profitability,” the company warned in its IPO prospectus.

Thus, while market leadership in several segments is Paytm’s key strength, its losses will likely remain a concern for some more time. And that will make its valuations look even more challenging. The company has set a price band of Rs 2,080-2,150 a share for the issue.

“The company exhibits substantial growth in user base and GMV since its inception within the fintech sector. Moreover, the business is scalable due to high convenience of digital banking. However, the issue is available at P/B (price-to-book ratio) of 49.74x for FY21, which is expensive,” said analysts at Canara Bank Securities, which recommended investors “subscribe for long term.”

Broking firm Anand Rathi too has a “subscribe long term” rating for the Paytm IPO.

ICICI Direct, the retail broking arm of ICICI Securities, flagged dependency on payment services for majority of revenue as a key risk for Paytm.

“Paytm derives a majority of its revenue from transaction fees that they collect from merchants for their payment services. In FY19, FY20, FY21 and Q1 FY22, revenue from payment and financial services accounted for 52.5 per cent, 58.1 per cent, 75.3 per cent, 78 per cent and 77.4 per cent of its revenue, respectively. Failure to broaden the scope of payments services that are attractive may inhibit the growth of business, as well as increase the vulnerability of core payments business to competitors,” it said.

Abhishek Jain of Arihant Capital, on the other hand, advised investors “subscribe this issue for listing gains.”

“Rising pace of digitilisation continues to present significant opportunity to grow the user base for online transactions for bill payments, shopping, entertainment and other financial needs. Monetising the large installed customer/ merchant base of Paytm for broader financial service offerings, such as credit, wealth and insurance is the key opportunity for the company and it would lead to the profitability going forward. Valuation of the company is on higher side,” said Jain.