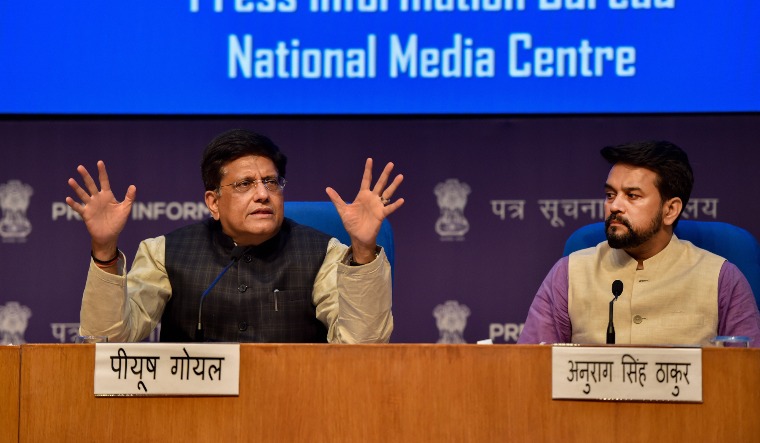 Following up on its budget announcement, the Union government approved the setting up of seven mega textile parks to give a boost to the sector and generate jobs. The scheme was approved by the Union cabinet chaired by Prime Minister Narendra Modi.

The seven mega integrated textile region and apparel parks will be called PM Mitra. These will be set up at greenfield and brownfield sites located in different states that are willing to provide contiguous and encumbrance-free land parcel of over 1,000 acres.

The PM Mitra parks will offer opportunities to create an integrated textile value chain right from spinning, weaving, processing, dyeing and printing to garment manufacturing at the same location. This will reduce logistics costs for the industry.

The scheme is expected to generate around one lakh direct and two lakh indirect jobs per park.

State government supports will include the provision of 1,000-acre land for the development of a world-class industrial estate. For a greenfield park, the Centre support will be 30 per cent of the project cost, with a cap of Rs 500 crore.

For brownfield sites, after assessment, the development capital support of 30 per cent of project cost of balance infrastructure and other support facilities will be developed and restricted to a limit of Rs 200 Crore. This is in a form of viability gap funding to make the project attractive for the participation of the private sector.

The government said the scheme is inspired by the prime minister’s 5F vision.

The '5F' formula encompasses farm to fibre; fibre to factory; factory to fashion; fashion to foreign. It is expected to further the growth of the textile sector in the economy.

The PM Mitra parks will be developed by a special purpose vehicle which will be owned by the state government and the Centre in a Public-Private Partnership (PPP) model. The master developer will not only develop the Industrial Park but also maintain it during the concession period.

About 11.56 lakh non-gazetted Railways employees are likely to benefit from the decision.

Payment of PLB to eligible Railways employees is made each year before the Dusshera/Puja holidays. The decision of the cabinet shall be implemented before the holidays for this year as well.