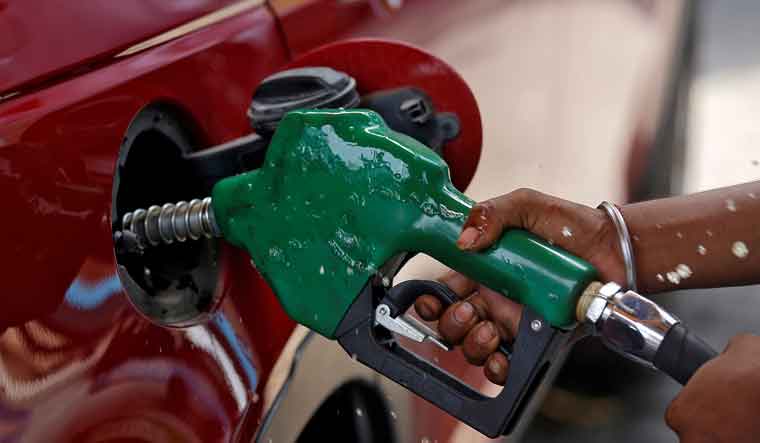 Petrol and diesel prices soared to new record highs across the country on Saturday after rates were hiked again by 25 paise and 30 paise a litre, respectively.

The price of petrol in Delhi rose to its highest ever level of ₹102.14 a litre and to ₹108.19 in Mumbai, according to a price notification of state-owned fuel retailers.

Prices differ from state to state depending on the incidence of local taxes.

The price hike follows international oil prices soaring to a near three-year high as global output disruptions forced energy companies to draw more crude oil out of their stockpiles.

The basket of crude oil India imports has averaged $78 per barrel in the last few days.

The fourth increase in its rates this week has sent petrol prices above ₹100 in most major cities of the country.

Similarly, the seventh increase in prices in nine days has shot up diesel rates above the ₹100 mark in several cities in Madhya Pradesh, Rajasthan, Odisha, Andhra Pradesh and Telangana.

Petrol price has increased by ₹1 per litre in four instalments this week.

When international oil rates fell in July and August, retail prices of petrol and diesel in the Delhi market were reduced by ₹0.65 and ₹1.25 per litre.

Prior to that, the petrol price was increased by ₹11.44 a litre between May 4 and July 17. Diesel rate had gone up by ₹9.14 during this period.

India is dependent on imports to meet nearly 85 per cent of its oil needs and so benchmarks local fuel rates to international oil prices.