What’s brewing at the Wadia Group ahead of GoAir’s IPO?

Jeh, seen as Nusli Wadia’s successor, stepped down from all listed firms of the group 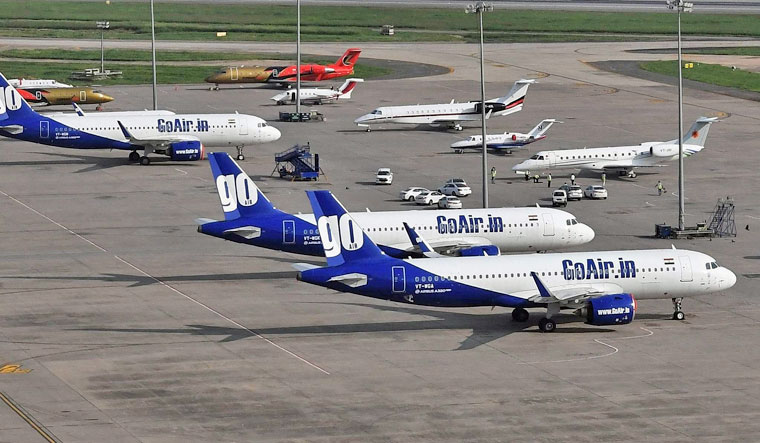 In March this year, GoAir (now rebranded GoFirst), the low-cost airline owned by the Wadia Group announced Jehangir Nusli Wadia (also known as Jeh Wadia) had stepped down as managing director. The company also announced the appointment of Ben Baldanza, the former CEO of Spirit Airlines, and an airline industry veteran, as the vice-chairman of the board.

Jeh is the younger of the two sons of industrialist Nusli Wadia. Aviation was close to Jeh and it was he who had founded GoAir in 2005. So, his decision to step away from the airline was surprising.

A key element of the transition plan at GoAir, according to the company, was to “further strengthen the management of the company by bringing on-board proven industry professionals.”

But, then in the last few months, Jeh stepped down from all the listed companies of The Wadia Group. “Jehangir N. Wadia, a non-executive director, who retires by rotation at the ensuing AGM in terms of Section 152 of the Companies Act, 2013, has not offered himself for re-appointment,” Britannia Industries said in its annual report.

The proposal was accepted at Britannia’s annual general meeting held on September 6, 2021, and the company has informed that Jeh ceased to be a director from this date. The company is also not filling the vacancy left post his retirement as the non-executive director.

Jeh Wadia who retires by rotation also did not offer himself for reappointment at another Wadia group firm—The Bombay Burmah Trading Corporation. Earlier this year, he also stepped down as the managing director at The Bombay Dyeing and Manufacturing Company, after which the company again said the objective was “professionalisation of management.”

He also doesn’t feature on the board of The Wadia Group’s other listed company National Peroxide where his elder brother Ness Wadia is the non-executive chairman and promoter-director. 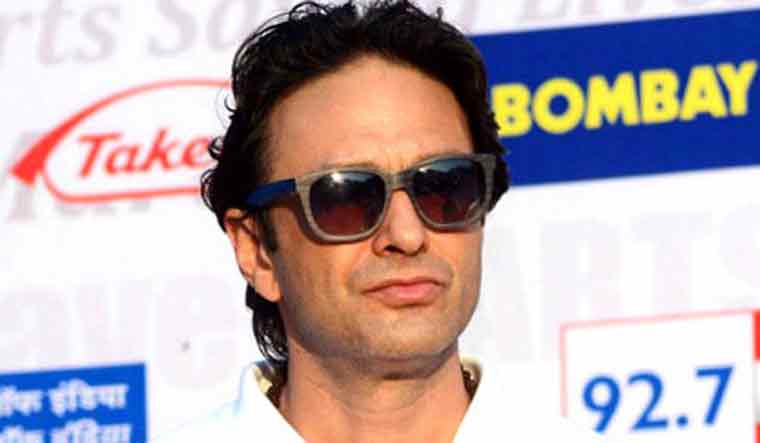 Ness was also re-appointed as the managing director of The Bombay Burmah Trading Corporation for a period of five years this year and he is on the board at Bombay Dyeing, too.

So, Jeh’s decision to step down from the boards of various Wadia group listed firms has raised speculation that there may be some differences within the family. “It looks like there is a family dispute and hence, the companies are distancing themselves from the dispute and getting Jeh Wadia to step down,” Shriram Subramanian, the founder and MD of shareholder advisory firm InGovern Research Services, told THE WEEK.

Since Jeh stepped down from GoAir’s board, the airline firmed up its plans to go public to raise up to Rs 3,600 crore. The draft prospectus of the IPO filed with the Securities and Exchange Board of India revealed all wasn’t well.

“The board and the shareholders had approved the re-appointment of Jehangir Nusli Wadia as the managing director of our company for a period of five years from January 1, 2021, at their respective meetings held on November 3, 2020, and November 28, 2020, subject to certain terms and conditions applicable to such appointment and the execution of a formal agreement in

this regard. Jehangir Nusli Wadia did not execute the agreement with the company to formalise his re-appointment as the managing director,” GoAir said.

Furthermore, it was revealed that the brand GoAir and related trademarks are registered in the name of Go Holdings, a company in which Jeh holds a 99 per cent stake. Against this backdrop, GoAir has rebranded itself to GoFirst. But, there could be more legal challenges ahead.

Jeh has also made an application to the National Internet Exchange of India earlier this year to transfer 115 domain names to another domain registrar, a move the airline had opposed and intends to take necessary steps and pursue legal options to establish its ownership over all the trademarks and domain names.

Jeh is now 48. He has shunned the spotlight over the years even as he managed several key group businesses, including Bombay Dyeing and Bombay Realty, apart from GoAir in the past. Brother Ness who was the co-owner of the Kings XI Punjab IPL cricket team was always seen as much more flamboyant. In the past, Nusli Wadia has shuffled the various group business between the two brothers. For instance, in 2011, Jeh swapped roles with Ness to become the MD of Bombay Dyeing, while Ness moved to Bombay Burmah Trading.

But why Jeh stepped down from the board of GoAir and the listed companies of the groups altogether is a mystery. Furthermore, what are his plans with respect to Go Holdings and the trademarks it holds is also unclear. The company, too, didn’t respond to a set of questions sent by THE WEEK seeking an update on the various issues. Jeh has also not responded to messages sent to him.

Jeh’s departure is unlikely to have any impact on the performance of the listed companies since in most cases day-to-day operations are run by professional CEOs. “The dispute seems to be contained within the family and should have no bearing on the governance and management of the listed companies,” said Subramanian.

Britannia Industries has been a standout performer for the group. Its total income in FY21 surged 13 per cent from a year ago to Rs 13,449 crore, while net profit gained 33 per cent to Rs 1,851 crore.

Varun Berry, the company’s MD, had joined the biscuit maker in 2013. While Nusli Wadia remains the non-executive chairman, analysts applaud Berry’s strategies, which have helped the company’s operating profits rise from 5.7 per cent in 2012-13 to 17.9 per cent in 2020-21.

“Britannia has seen remarkable improvement under Berry. If you look at earnings growth, (there is) consistency in earnings, returns ratio, and success in new product launches and the cost optimisation measures. The other key is Berry’s relentless focus to increase distribution in the Hindi speaking states, where Parle had a decisive advantage over Britannia earlier, which has helped propel the topline growth,” said independent market analyst Ajay Bodke.

The Wadia Group had said Jeh’s decision to step down from the boards was a part of a stated plan bringing onboard industry professionals to strengthen the management.

Britannia Industries is a testimony that hiring professionals and giving them a largely freehand, even as the Wadias remain on the board, can lead to stellar results, and going that way could well be the answer to unlocking value in various other companies like Bombay Realty, which holds huge lands parcels in the Mumbai Metropolitan Region and could give a big boost to the market cap of its various companies.

The Wadia Group’s roots go back to more than 200 years ago to the 1730s when Lovji Nusserwanjee Wadia set up a marine construction company and built ships for the British East India Company. Bombay Dyeing, among the popular brands in the home furnishings space, was set up in 1879. Over the years, the group has also expanded into areas as diverse as plantations and chemicals. Analysts say the group could do well by consolidating and focusing on a few areas where they could gain scale.

“If I were Wadias, I would look at scaling down businesses that are sub-scale and concentrate on a few businesses like foods and real estate where they can aspire to be among the top three-five in the country,” said Bodke.

Nusli Wadia, the Wadia Group patriarch, who joined the business in 1977 as the chairman of Bombay Dyeing still remains firmly at the helm.

But he has had to fight many battles over the years. In the 1970s, he foiled father Neville Wadia’s plans to sell Bombay Dyeing to RP Goenka Group. He had a battle with Dhirubhai Ambani over polyester in the 1970s and 1980s. There was also the battle for control of Britannia. More recently he took on Ratan Tata after Cyrus Mistry was unceremoniously sacked as the chairman of Tata Sons.

Jeh Wadia was once seen as a successor to Nusli Wadia. Will they now fight each other or is the junior Wadia just taking a break? As GoAir gets ready to go public, what Jeh’s planning next will be key to watch out for.

The group, headquartered in Mumbai, was founded by Loeji Nusserwanjee Wadia in 1736. He opened a marine construction company that built ships for the British. It made 355 vessels, including the HMS Trincomalee, the world's second-oldest ship—now afloat at Hartlepool, the UK

Over 125 years of uninterrupted dividends

The approximate number of people who buy the company's food products every day: 20 lakh

Network of retail shops: Over 35 lakh

Founded in 1918. The Wadia Group acquired a stake in 1993. Gained majority control in 2009. Regularly rated among the 10 most trusted brands in India. No 2 food brand in an AC Nielsen survey

Installed capacity for the manufacture of hydrogen peroxide: 95,000 metric tonnes per annum

Founded in 2005, it operates flights across 37 destinations—28 domestic and 9 international

Sources: The Wadia Group and BSE