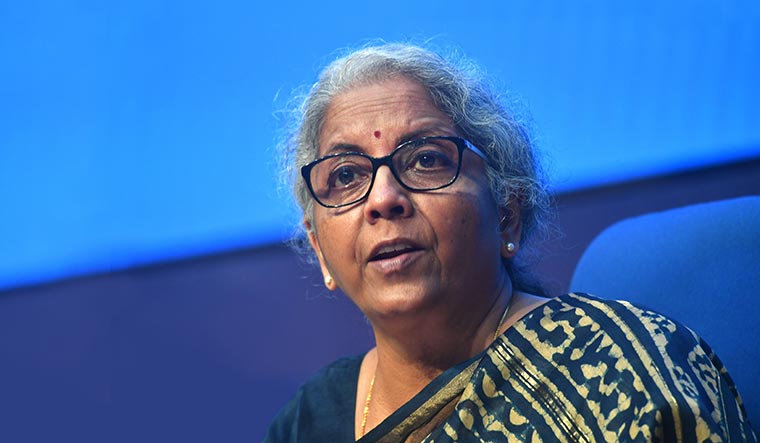 Union Finance Minister Nirmala Sitharaman on Monday launched the National Monetisation Pipeline (NMP) which lists out the government's infrastructure assets to be sold over the next four-years.

The NMP, developed by NITI Aayog, is envisaged to serve as a medium-term roadmap for identifying potential monetisation-ready projects, across various infrastructure sectors.

“Asset monetisation, based on the philosophy of creation through monetisation, is aimed at tapping private sector investment for new infrastructure creation. This is necessary for creating employment opportunities, thereby enabling high economic growth and seamlessly integrating the rural and semi-urban areas for overall public welfare,” Sitharaman said while launching the project.

According to a NITI Aayog statement, the NMP estimates aggregate monetisation potential of Rs 6.0 lakh crore through core assets of the Union government, over a four-year period—from FY 2022 to FY 2025.

“The asset monetisation programme has taken shape because of the vision of Prime Minister (Narendra Modi) who has always believed in universal access to high-quality and affordable infrastructure to the common citizen of India,” Sitharaman said. 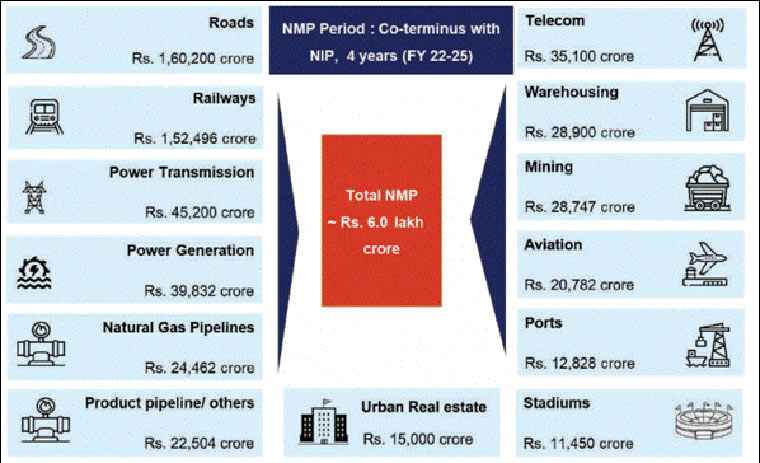 NITI Aayog Vice Chairman Rajiv Kumar said the strategic objective of the programme is to unlock the value of investments in brownfield public sector assets by tapping institutional and long-term patient capital, which can thereafter be leveraged for further public investments. The modality of such unlocking is envisaged to be by way of structured contractual partnership as against privatization or slump sale of assets.

The NMP is aimed at creating a systematic and transparent mechanism for public authorities to monitor the performance of the initiative and for investors to plan their future activities, said NITI Aayog CEO Amitabh Kant.

“Asset Monetisation needs to be viewed not just as a funding mechanism, but as an overall paradigm shift in infrastructure operations, augmentation and maintenance considering private sector’s resource efficiencies and its ability to dynamically adapt to the evolving global and economic reality,” he said.