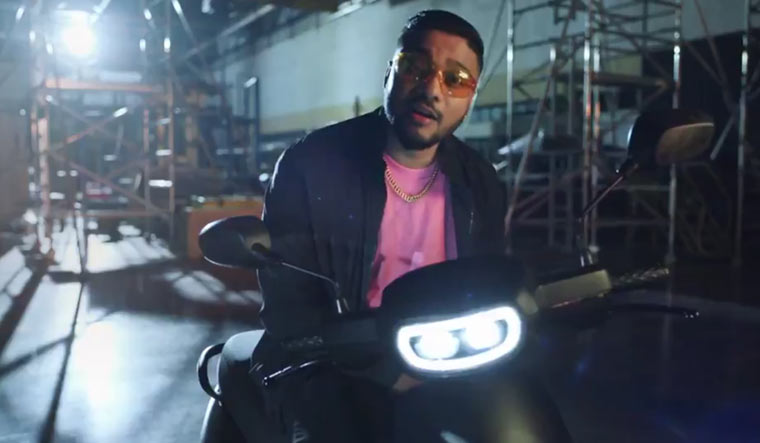 "With Ola's electric scooter will come an electric revolution," says rapper Raftaar astride a shiny new Ola Electric Scooter, in the new promo video released by the company.

As Ola pulls out all the stops ahead of its August 15 launch of its electric scooter, it has roped in rapper Dilin Nair, stage name Raftaar, in its latest promo.

Ola Electric tweeted saying the launch would be at 2pm on Sunday.

Are you ready? 😃
For the biggest EV revolution the world has seen! 😎

Milke machaate hai on Sunday, 15th Aug at 2 PM only on https://t.co/5SIc3JyPqm

While official specifications have yet to be confirmed, the Scooter is believed to have a single telescopic front suspension, twin LED headlamps, and a claimed range of 150km under normal riding conditions, as well as riding modes. A top speed of over 100kpmh has also been teased by Aggarwal.

Ola said it had received over one lakh bookings after opening pre-bookings, from across the country. The company has also suggested it would home deliver the scooters, taking a leaf from Elon Musk's Tesla Motors model.

Ola plans a “hypercharger” setup in 400 Indian cities with over 100one lakh locations and touchpoints. Its under-construction “hyperfactory” is claimed to be able to produce ten million scooters a year from next year, with the first phase reportedly nearing construction.