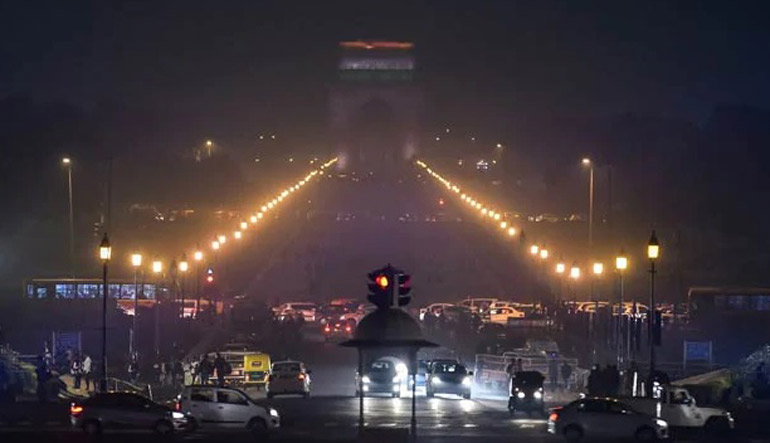 Amsterdam created the position of a "night mayor" in 2014 when the municipal title was institutionalised for the first time in the world.

Since then, the office of “nachtburgemeester”, or the "night mayor" seriously started going global. In 2016, Sadiq Khan, the mayor of London, appointed the first ever “night czar” to prop up the city's international standing as a hub of nightlife and the creative industries. In a paper published on the subject in January last year by Harvard University's Department of Urban Planning and Design, the author notes how, "Over the past two decades, a new actor has emerged: more than 40 cities have appointed night mayors or individuals responsible for maintaining nocturnal vibrancy, while mediating between those who wish to work, party or sleep."

The draft Master Plan Delhi 2041, released last month, seeks to transform the capital into a "24-hour city" by fostering a night-time economy. “Nodes, precincts or circuits shall be identified for continuing work, cultural activity and entertainment at night to attract tourists and locals. This will improve economic yield by extending utilisation of work spaces and safety by promoting a vibrant nightlife," states the plan. But there is no mention of a night mayor-like chief executive officer to oversee the profusion of night-time activity as envisaged in the plan.

Delhi-based bartender and mixologist Yangdup Lama, listed last year as one most influential people in the global beverage industry, believes a night mayor for Delhi could also happen if nightlife industry revenues really starts growing in the coming years. He is hopeful that it will, given how Delhi government's new Excise Policy 2021-22 will allow bars and restaurants to operate for extended hours, improve consumers' buying experience of alcohol with the upgrading of retail stores and refine the ease of doing business for smaller players. But he also cautions how the night-time plans need to be taken forward in a more systematic manner, with stricter law and order, given Delhi's daily dalliance with crime and hooliganism.

"In the last two years I do see more sensible driving in Delhi because of the installation of cameras all across. Globally, drunk driving is punished severely. In India, you can still manage to get away. From the side of business owners like us, we need to make sure women employees and guests feel safe. Changes demanded like bringing down the legal drinking age from 25 to 21 have happened. The stakeholders should now be stricter in terms of checking IDs. The bartenders should be allowed to refuse drinks to patrons who misbehave," says Lama, who insists on proper security mechanisms in high-energy nightclubs. "Bouncers in nightclubs need a specific kind of training by verified security agencies. Professionals need to be roped in. There shouldn't be compromise on that front," says Lama, who believes hooliganism exists in all nighthawkish metropolises but how seriously it is punished varies.

Even the restaurant industry is enthused about how the plan envisions a large role by the F&B industry in boosting the city's nightlife, if some more facilitating factors exist. "We would recommend creating more 'Restaurant Hubs' in the capital to enable restaurants to develop and thrive. Proper parking facilities, dedicated hubs for transportation availability, connectivity to high street markets as well as adequate space for utilities like sewage treatment plants, would support restaurants and bars to provide a wholesome experience to their patrons," says Satyajit Dhingra, chief regional officer (North) at Impresario Handmade Restaurants, which operates the Social and Smoke House Deli chain of eateries. They are reported to open 16 new outlets in 2021 in small and large cities.

The night-time economy creates more employment opportunities, boosts local tourism and revenues for local governments. But it cannot work without safety protocols. In the year 2016, AAP’s Public Works Department acknowledged "7,000 dark spots" in Delhi as part of its initiative to install more street lights. Dimly lit roads do not attest to livability in a city, especially with respect to safety for women. How do night-time economies foster a greater sense of security for women who want to claim public spaces after daylight hours? Does it deter antisocial behaviour and criminal activity? "By prolonging stores’ and restaurants’ hours of operation, cities can keep their streets lively and safe," goes one argument. While another one more pragmatically notes, "Night-time public spaces remain contested arenas with radically different meanings for night-time consumers, leisure businesses, police, public health agencies, local residents, night workers, voluntary agencies and local government.”

But it does seem to encourage a greater sense of belonging and community spirit. "Even in terms of weather, a night-time economy is a great idea. It expands the usage of a city. If you look at Bangkok which is a hot, tropical city, it is fully alive at night. And it is not just "nightlife" but the vendors, the food, the night markets, places for tourists to sit. You would feel safe going to a night market alone. But unless there are very specific steps taken to make it women-friendly, it will become a male dominated space," says Kalpana Viswanath, co-founder and CEO of Safetipin, which uses technology and apps to collect data for the safe movement of women in urban spaces. "Giving lip-service to safety will not make anything happen. You need good public transport. You have to give reservations to women vendors and other genders. And there must be spaces in the night-time economy which are not just for commerce. There is a need for comfortable places where you can just sit, chat and watch people. This will encourage a diversity of older and younger people to come and occupy spaces," says Viswanath.

Interestingly, Master Plan Delhi 2041 might begin manifesting around the same time the Central Vista Redevelopment Project would revamp the capital's central administrative area which many opine will become more fortified and exclusionary. At this point, Viswanath is not sure how the CVR will actually reconfigure the central axis of the city in terms of safety or accessibility at night. "But I do lament the loss of the best, truly public place that Delhi has, the current India Gate."

Delhi isn't a world heritage city yet as it most rightly should be. Its urbanscape has one of the highest concentrations of historical ruins spread over four precincts of Mehrauli, Nizamuddin, Shahjahanabad and New Delhi. Master Plan Delhi 2041 (MPD 41) duly acknowledges their importance in the night-time ecosystem. Heritage is seen as an admixture of tangible and intangible art forms and MPD 41 “adopts a holistic approach and envisages improvement of heritage assets as well as cultural hubs through conservation and adaptive reuse of heritage assets...(Heritage) Trails may be integrated with nightlife circuits and cultural festivals to increase their vitality," notes the plan.

Academic, historian and heritage walk leader Sohail Hashmi would like to get certain basics right about the functioning of the city's historic monuments before expecting them to add to the vibrancy of a night-time economy. The lighting up of monuments after dark hasn't really given a boost to night tourism as expected. "To look at heritage as a business opportunity is not a good idea. If you went about conserving heritage more systematically and making access to it more simpler and easier, it will become a commercially viable operation on its own," says Hashmi. "We have the Taj Mahal which is open on moonlit nights. You are charged a ticket which is almost thrice the regular price. You enter the south gate and there is a metallic barricade and you can't go beyond it. What is so great about gazing at a monument from almost a kilometre away? This restriction of maintaining a distance is there at the Sadfarjung's Tomb complex in Delhi too. If you want night-time visitors, the entire monument should be lit up properly, there should be guides and security personnel, clean toilets without leaking faucets, well maintained, affordable cafes, merchandising stores and most importantly hassle-free entry," says Hashmi, pointing out how some world heritage sites in Central Asia and Europe offer entry tickets which are valid for 24 hours.