Kitex had said it was withdrawing from the Rs 3,500 crore investment project 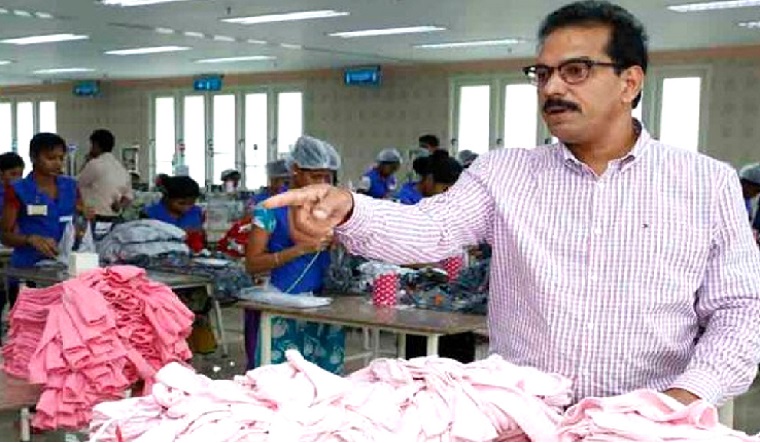 Days after the Kerala based KITEX group announced that it was withdrawing from the Rs 3,500 crore investment project alleging harassment, the state government on Saturday assured the garment manufacturer that "positive steps" would be taken to resolve the issue.

Kitex, which claims to be the second largest producer of children's apparel in the world, had also claimed it had received offers from other states, including Tamil Nadu, to take its business there.

Kerala Industries minister P Rajeev said the issues raised by the company were being considered seriously and positive steps would be taken to resolve the same.

Earlier in the day, Kitex group chairman Sabu Jacob had told PTI that while he had received unofficial communications from over 10 states and an official offer from Tamil Nadu, to take his investment there, the Kerala government has not made any efforts to approach him.

Rajeev later told a press conference at Kochi that he had sent officials to meet Jacob to take stock of the grievances of the company.

The minister said the controversy involving the company was an "one-off incident" and it was being considered seriously.

The Kerala government does not have a policy of carrying out "surprise or lightning" raids on industries and such action is only taken if there are complaints of a grave nature against any such entity, he said.

Rajeev said Chief Minister Pinarayi Vijayan has called a meeting on July 5 to ensure that industrial entrepreneurs are provided all the facilities they require by all the related government departments.

The Industries Minister also said that the company should have given the government an opportunity to resolve the issue before creating an embarrassment for the state byairing its grievances on social media.

An official of the industries department said that according to the state pollution control board no effluents were being released by Kitex into the Kadambrayar.

Subsequently, Jacob also met media persons and confirmed that officials from the Industries department came to meet him and that he has given a report to them.

He also said that the government should either prove the allegations of pollution against his company or suspend the officials who raided his various industrial units.

LuLu Group chairman M A Yusuff Ali said in a statement that whether it be one rupee or Rs one crore, no amount of investment should go out of Kerala.

He said he would request Kitex group not to leave Kerala and expressed hope that the company and the state government would hold discussions and resolve the issue amicably.

Meanwhile, Kerala BJP President K Surendran alleged that Kitex was being harassed as part of the political vendetta of the ruling CPI(M) against the company.

Thousands of people would lose their jobs if Kitex pulls out its Rs 3,500 crore investment from the state.

Earlier in the day, the Tamil Nadu government confirmed that a proposal has been extended to the Kitex group.

"Proposal has been extended to the Kitex group, which is keen on investing Rs 3,500 crore in the textile sector," a senior industries department official in Tamil Nadu told PTI.

Tamil Nadu, he said, has good potential for investments and it is a "very important, attractive investment destination."

Apart from land at 50 per cent of fair value, the incentives offered by the government include subsidised power for five years and 100 per cent GST waiver for capital investment assets.

Kitex had announced withdrawal from the project in the state, alleging harassment by government officials.

After Kitex's announcement, the minister had on June 30 said that though the government has not received any official complaint from Kitex, the issue would be taken seriously.

Kitex Garments Ltd had said it has decided to withdraw from the project signed during the "Ascend Global Investors Meet" organised by the state government in Kochi in January 2020.

Jacob had earlier said it was difficult for him to run the existing industrial units in the State and had alleged that various units of Kitex were raided 10 times by officials from various departments during the past one month.

Jacob had alleged that officials comprising 40-50 in numbers, entered the factory units, carried out searches, prevented workers, including women employees, from doing their job, grilled them and harassed them.

He had also claimed that the officials did not reveal the reasons for conducting such searches and what violations were committed by the company.