Pride and prejudice: Corporate India gets LGBT inclusive, but it's still a slow march 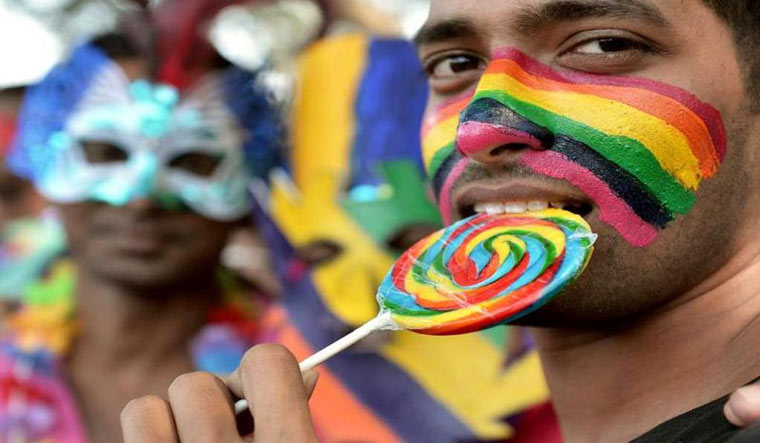 It's World Pride Day on Monday (June 28), capping an extraordinary month of celebration of inclusivity and equal rights. And, the mainstreaming of a sexual minority has found echoes in corporate India as well, even if a lot more needs to be done.

A rising number of Indian companies have started looking at gender and sexual best practices, and this has led to a heightened awareness about special requirements. Just like additional maternity leave and WFH facilities for working mothers, this has evolved round to covering gay and lesbian couples for company vaccination and medical drives, as well as adding gender neutral restrooms in offices and even funding for gender re-assignment surgeries.

Gay rights may have first hit India as a new concept at MNCs, but it is now increasingly being accepted across the board. Some of the better known companies include Accenture and Capegemini in the IT sector, Tata Steel in manufacturing, Johnson & Johnson in consumer care, and Bharat Hotels in the hotel and tourism industry. The list is growing–with diversity and inclusion (D&I) becoming a basic Human Resources (HR) principle, companies are now jumping on the bandwagon. It also helps that all the 'best places to work in' and similar workplace evaluations now place a lot of premium on inclusive policies.

Tata Steel, one of the first local giants to 'come out', offers funding for gender reassignment surgeries, along with all other regular benefits, to its LGBT staffers. It's not alone. General Electric, for example, has gender neutral restrooms in its offices in India and participates in job fairs organised by gay support groups. SAP Labs India gives insurance and holiday benefits to LGBT couples, and has an anonymous portal for staffers who are not yet 'out', but need guidance. Covid treatment and vaccinations are automatically included in the benefits in many of these companies.

Business chamber FICCI came up with a 'Workplace Equality Index' recently, to promote inclusiveness in Indian workplaces. FICCI already has a taskforce on gender issues, and has developed toolkits and frameworks for Indian companies to use. “(This) will seed a catalyst of positivity and encourage corporates to be more diverse and inclusive,” said Dilip Chenoy, secretary general of FICCI.

Johnson & Johnson in India not only offers all mediclaim benefits to same sex partners, it also conducts webinars and employee groups like 'Open and Out' which encourage LGBT members to come out, share their experiences, and also helps other employees connect and engage. “We find that the more awareness we create on this subject, the more accepting people get, and the more conscious they are about unconscious biases and perceptions,” Sonal Jain, enterprise head HR and consumer health head HR of the company told THE WEEK.

“Access to a decent livelihood and equal opportunities is critical to foster equality in India’s developing economy and society at large. For this, organisations need to embrace the identity of all people and their fundamental rights,” adds Vipul Singh, divisional vice president & head, HR of ADP India, a payroll software company.

Many more companies and brands have jumped on to the Pride Month cause, creating anything from gay-specific products for engagement to advertisements with an LGBT awareness message. Senco, a leading gold and diamond brand, last week announced Dutee Chand as its brand ambassador. Chand is India's first openly gay sportsperson. Another jewellery brand, Kerala's Bhima, had whipped up an online sensation two months ago by featuring a trans-woman in its ad campaign, in place of the usual models and bedecked brides. Many footwear, t-shirt and watch brands, too, have launched gay-specific product lines over the course of this month.

June is celebrated as Pride Month and 28th is Pride Day this year, marking global progress towards equality in all walks of life for the lesbian, gay, bisexual, transgender, queer and intersex community, or LGBTQI+. The commemoration of the Stonewall riots, when gays first publicly protested harassment and stood up for their rights, back in 1969, has now moved beyond just organising rallies called 'Pride March' in major cities to cover almost all aspects of society. It was during the presidency of Barack Obama in the US that the concept of Pride Month originated, catalysed by the Obama administration's push for legalising gay marriage. One of the first acts of the incumbent Joe Biden was to order equal rights for sexual minorities in health, education, housing and credit.

However, progress in India has been too slow, and still too restricted to big companies that are either domestic wings of multinationals or new economy firms with major global exposure. Beyond decriminalising gay sex through the Section 377 judgement, there has been no breakthrough, with a case on legalising LGBT marriages still pending in India's Supreme Court. Some opposition parties like AAP and Left have consistently supported LGBT rights though many others dismiss it as a non-issue.

In early June, Congress leader Rahul Gandhi famously wrote 'love is love' on his social media handles to mark pride month, but whether it is the official stand of his party remains to be seen. And the less said about the LGBT policy of ruling BJP, the better.

“These conversations need to be led from the top,” says Sonal Jain of Johnson & Johnson. “The leadership needs to be seen to be embracing a culture of acceptance of people of all identities and orientation.”