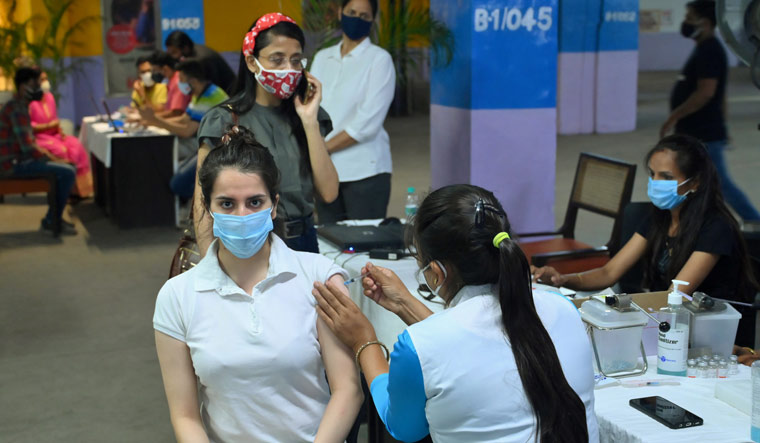 India Inc has called on the government to appoint a vaccine minister to speed up the vaccination drive in the country. In a conference held Thursday afternoon, the industry chamber CII said right actions on the part of the government right now, including fiscal stimulus, cash transfers, enhancing of MNREGA, increase in Emergency Credit Line Guarantee Scheme (ECLGS) amount etc., could help the GDP to still grow at 9.5 per cent this financial year.

It also reiterated that economic recovery is dependent on accelerated vaccination, at a minimum of 71 lakh vaccines per day from now till December, so as to cover the entire adult population at least with one dose. A vaccine ‘czar’—a mantri empowered to undertake actions ranging from tracking domestic vaccine production, deployment and administration as well as follow up on import supplies as well as equitable distribution of vaccines—is needed to achieve the target. “There is a need for a single point person at the government who can deal with (all this) and make sure the whole country is vaccinated,” said T.V.Narendran, CII president.

The industry also called on authorities to actively deal with what it called ‘vaccine paranoia’ by offering cash and food transfers as well as free insurance for the rural population, and discounts in air and rail travel for city dwellers. It also said the government needs to engage social influencers like film and sport personalities to raise awareness on the need for vaccination, and combat ‘vaccine paranoia.’

With the second wave of the pandemic registering an inordinately high impact on manufacturing and services, especially with either staff or their family members (or both) getting infected, India Inc believes only an acceleration of the vaccination programme can offer better traction in economic recovery. It called on all corporates in the country to actively offer vaccination to all staff and family members. It also suggested setting up of a National Oxygen Plan in anticipation of a third wave, as well as universal health insurance for all citizens by 2025.