From liquor to cigarettes and even medicines, counterfeiting on a new high in India 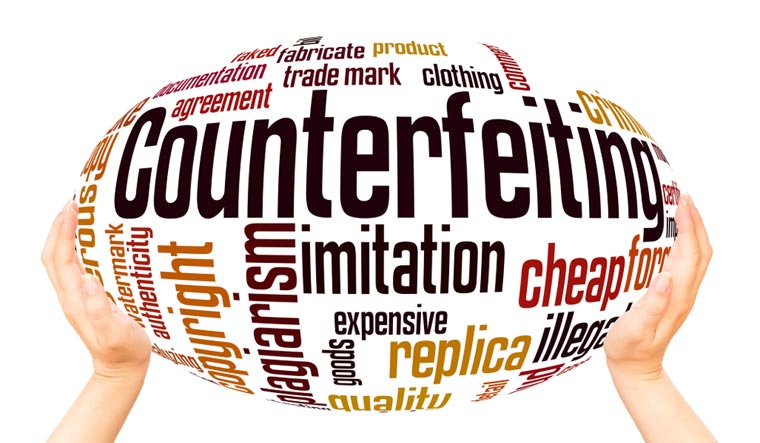 Fake it till you make it? Well, Indians are increasingly faking what we make, actually! Counterfeiting, or making fake products and passing them off as genuine, is hitting new highs in the country, according to a report released on World Anti-Counterfeiting Day, which is today.

The number of counterfeit incidents in India has increased by 20 per cent in recent years. And the worst affected include liquor, cigarettes, packaged consumer goods, and even more alarmingly, medicines. Incidents of smuggling and counterfeiting of PPE kits and sanitisers have also been on a high during the lockdown period.

The study was done by Authentication Solution Providers Association (ASPA), a self-regulated industry body of anti-counterfeiting and traceability solutions providers. It works closely with the likes of Interpol, Counterfeit Intelligence Bureau, the International Hologram Manufacturers Association as well as industry chambers like CII and FICCI.

“Substandard, spurious, falsely labelled, falsified, and counterfeit products and illicit trade would further slowdown the Indian economy recovery and efforts towards breaking the chain of infection. Counterfeiters are taking advantage of the biggest humanitarian crisis that the world has ever seen. The trends we observe are alarming and call for immediate action,” remarked ASPA president Nakul Pasricha.

Worst affected states where fake products being passed off as original are rampant include virtually all of the cow belt—UP, MP, Bihar, Jharkhand, Haryana, Rajasthan, etc.

Counterfeiting cigarettes seem to be the most common, with the highest reported increase. As per parliament records, nearly Rs 2,000 crore worth illegally imported cigarettes were seized since the advent of the pandemic till February this year. The previous year’s seizure count, in comparison, was just Rs 187 crore.

“We still have a long way to go to inculcate and develop a sense of responsibility amongst the… consumer base,” admitted Hem Kumar Pande, former secretary, ministry of consumer affairs, food and distribution.

“Law enforcement and trade & industry must work more closely so that illicit activities can be neutralised to a great extent,” Rajesh Pandey, additional director general of the Directorate of Revenue Intelligence (DRI) said at a FICCI seminar to mark World Anti-Counterfeiting Day.