Rajan said there are plenty of smart people in govt, but they’re not speaking up 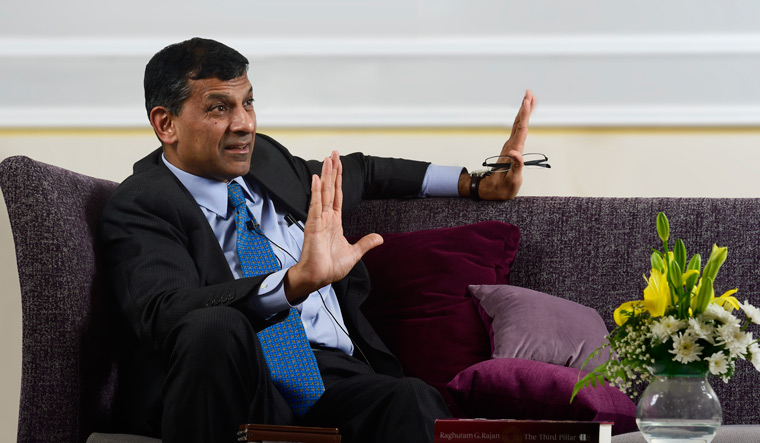 Economist and former Reserve Bank of India (RBI) governor Raghuram Rajan has been warning about the economic implications of COVID-19 on India ever since the pandemic began.

In an interview with Karan Thapar on The Wire, published on Saturday, Rajan referred to distress in the rural areas and among the urban poor due to COVID-19 disruption. Rajan also referred to the Mahatma Gandhi National Rural Employment Guarantee Act (MGNREGA), which guaranteed right to work in rural areas.

Rajan told The Wire, "you can see the MGNREGA roles picking up hugely, suggesting there is stress. People want the support that MGNREGA offers, and they’re going for it. We don’t have a comparable form of urban support, and we need to think very quickly about whether we should have one".

Rajan noted that the urban poor left for their homes in rural India, "because they had support at home, if nothing else through MGNREGA" and added such a support system was not present in cities.

Rajan explained, "So that’s one problem, that those poor in the cities don’t have any support, and you know, there are ways we are making cash transfers but we need to see if everybody is covered, and whether they’re getting adequate cash transfers. We need to up the cash transfers to the very poor because their livelihoods are being impacted and will continue to be impacted as we have periodic lockdowns until the virus is dealt with. That also means food support..."

Rajan attributed the delay in ramping up COVID-19 vaccine production to "a failure of governance, a failure of the government".

Rajan credited the previous Donald Trump administration for moving to procure vaccines fast in the US by investing in vaccine manufacturers.

Rajan told The Wire the government's policies had gone wrong owing to "extreme centralisation of governance, a distaste for experts, and an appearance of criticism". He noted that such an environment had created a "kind of echo chamber when you hear from people like you". Rajan rued, "Everybody is saying 'tussi great ho' (you are great) within the realm of the government". Rajan added, "There are plenty of smart people in the government, but they’re not speaking up."