Melinda and Bill had announced their divorce on Wednesday 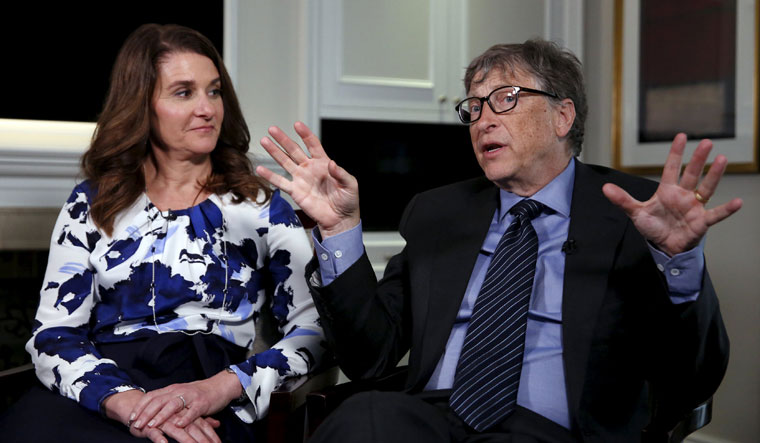 The company transferred stock in two of Mexico’s largest companies, including a Coca-Cola bottler and a broadcaster, to Melinda Gates, as well as around $1.5 billion of shares in Canadian National Railway Co. Altogether, the transferred securities were worth over $1.8 billion, Bloomberg reported.

The transfer comes after the two announced their divorce on Wednesday after 27 years of marriage. The couple is among the largest landowners in the US.

As per the Bloomberg Billionaires Index, the founder of Microsoft Corp, Bill Gates is worth a whopping $144.2 billion. Melinda French Gates, a former Microsoft manager who's gained international prominence co-running the charitable organisation, also founded Pivotal Ventures, an investment and incubation company. Melinda Gates is also the beneficial owner of shares of Canadian National Railway Co and of AutoNation Inc.

“By now many of you have heard the news that my parents are separating. It's been a challenging stretch of time for our whole family. I'm still learning how to best support my own process and emotions as well as family members at this time, and am grateful for the space to do so. I won't personally comment further on anything around the separation, but please know that your kind words and support mean the world to me. Thank you for understanding our desire for privacy while we navigate the next phases of our lives, " she wrote.

The couple has three daughters who stand to inherit less than one per cent of their parents’ wealth.

The Bill and Melinda Gates Foundation, so far, has given away over $50 billion to causes like healthcare, education, gender equality and efforts to combat climate change. Following the announcement of divorce, both Bill and Melinda said they would continue to work together at the foundation, even though "we no longer believe we can grow together as a couple in this next phase of our lives".