All electric, but it still packs in the adrenaline rush that sports SUV lovers seek 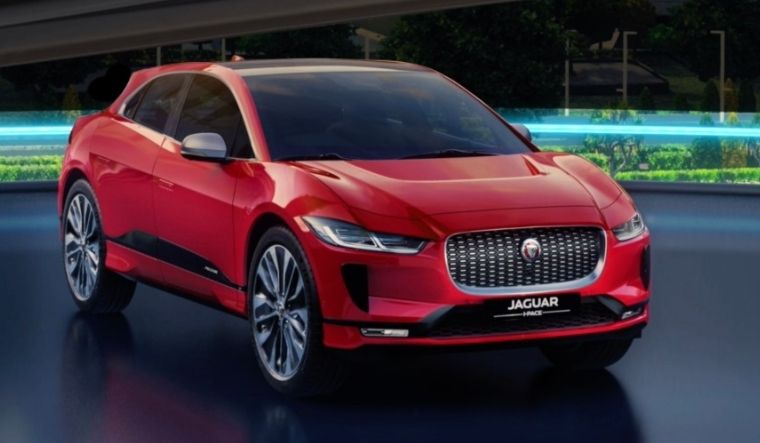 Electric car launches are gaining traction in India and luxury car markers are not behind. On Tuesday, Tata-owned Jaguar Land Rover launched the much awaited I-Pace all electric sports utility vehicle in the country.

The I-Pace is the first battery electric vehicle to be launched in India by JLR. It may be all electric, but it still packs in the adrenaline rush that sports SUV lovers seek, hitting 0 to 100 kilometers in just 4.8 seconds. It is powered by a 90kWh lithium ion battery, delivering 294 kW of power and 696 Nm torque.

The I-Pace comes with state of the art digital technology on board, including 3D surround camera and software over the air functionality. It is the first Jaguar in India to offer its Pivi Pro infotainment system; there is also a 12.3-inch HD instrument cluster, a new navigation system displaying things like charging stations; there is active suspension with adaptive dynamics, electronic air suspension, all wheel drive and much more. It also gets multiple safety features.

But, all this also comes at a price. The I-Pace will be available in India at prices starting about Rs 1.06 crore ex-showroom. For the price, you get a complimentary five years service package, five years roadside assistance, 7.4 kW AC wall mounted charger and eight years or 160,000 km battery warranty. A home charging cable will also come as standard. The 7.4 kW charger will be set up at the customer’s home by Tata Power.

An 7.4 kW AC charger can charge the battery on the I-Pace from zero to 100 per cent in 14 hours, while a 25 kW DC fast charger will do it in four hours. JLR claims that a single full charge will provide a range of 470 km, under the WLTP (worldwide  harmonised light vehicle test) cycle.

If you are away from home, then you could charge it up at a Jaguar retailer. JLR said that 22 retail outlets across 19 cities have over 35 chargers installed and more are on the way. These chargers are a mix of 7.4 kW AC chargers and 25 kW DC fast chargers.

“Jaguar I-Pace is the first all electric SUV that we have launched in India and it marks the beginning of our electrification journey. With our electrified products we look forward to playing a significant role in India’s electrification drive into the future,” said Rohit Suri, president and MD of JLR India.

The I-Pace will go head on with the Mercedes Benz EQC that was launched here earlier and the Audi e-tron, which is yet to make its debut in India.

How does it compare then with the Mercedes EQC?

The EQC is also powered by two electric motors with a combined output of 408 hp and 700 Nm of torque, which helps accelerate from zero to 100 km in 5.1 seconds. Its range as per WLTP is stated at 450 km. Apart from home charging, Mercedes also has charging facilities at more than 100 locations across 48 cities. Mercedes network across the country also supports charging and service-related requirements.

The Mercedes Benz EQC was launched in India in October 2020 at prices starting Rs 99.30 lakh ex-showroom.

Automobile companies worldwide are doubling down on electric vehicles. In India, the charging ecosystem is still at an early stage, although it is expected to grow every year.

Under the leadership of new CEO Thierry Bollore, JLR announced last month that by the end of the decade, all Jaguar and Land Rover nameplates will be available in electric variants. The first all-electric Land Rover is expected to be launched in 2024. The Jaguar car brand is expected to go fully electric by 2025.

The company plans to spend around £2.5 billion a year, including investments in electrification technologies and development of connected services.