Consumer tech, SaaS and fintech accounted for nearly 75% of all VC investments 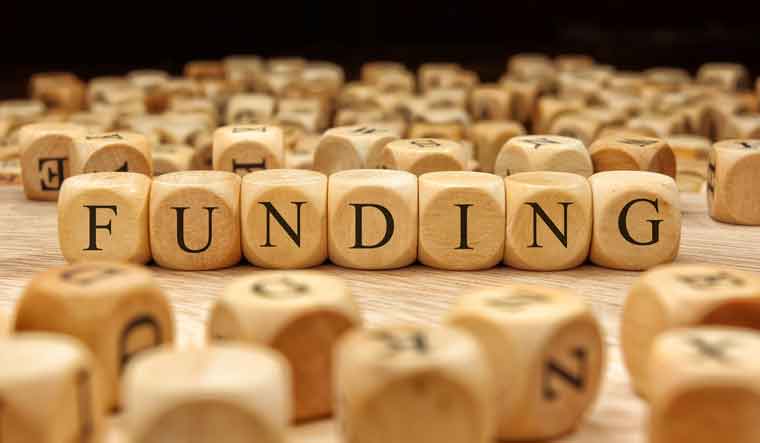 In 2020, there was a significant fund raising activity with $3 billion raised by India-focused funds, 40 per cent higher than in 2019 | Shutterstock

Despite the pandemic, venture capitalists invested $10 billion in 2020 in India and the momentum is expected to continue in 2021 as well. The value is being termed as the highest across all years barring 2019, as per Bain & Company’s India Venture Capital Report 2021.

Interestingly, three sectors—consumer technology, SaaS (Software as a Service) and fintech—accounted for nearly 75 per cent of all VC investments by value in 2020 compared to 65 per cent in 2019.

The report,done in partnership with Indian Private Equity and Venture Capital Association (IVCA), pointed out that India maintained its robust position among the top five startup ecosystems globally.

It observed that the year 2020 saw a significant impact of Covid-19 pandemic on the economy and healthcare systems in the country. GDP is expected to contract by 8 per cent in 2020 with more than 65 per cent of the Indian economy at halt during the full lockdown, which ended only in June 2020. The report also points out to the latest forecasts by the International Monetary Fund (IMF) that expects a strong rebound in 2021 with growth returning to the long-term trend of 7 to 8 per cent over 2022 to 2025.

The report states that in 2020, Covid-19 played an important role in accelerating digital trends across sectors dramatically, which is reflected in venture capital (VC) money flows and emergence of new, digitally-founded business models across sectors.

In 2020, there was a significant fund raising activity with $3 billion raised by India-focused funds, 40 per cent higher than in 2019. The report mentioned that marquee funds, including Sequoia, Elevation Partners, Falcon Edge, and Lightspeed, closed new funds for India investments in 2020, despite the pandemic. The pandemic year also saw more than 10 per cent growth in seed stage deals and 12 unicorns were added in 2020 versus just eight in 2019, to take India’s total to 37.

The key sub-sectors that received investments included edtech, foodtech, gaming, and media and entertainment, consumer tech, verticalised solutions within SaaS and  payments within fintech. The SaaS in particular saw clear signs of maturity, with average deal size increasing to $25 million in 2020 from $14 million in 2019.

“While 2020 saw $10 billion in VC investments, which is the highest ever barring 2019, we also saw a few themes play out differently, especially in terms of smaller deals on average compared to multiple mega deals seen in 2019. We also saw a noticeable shift towards specific segments seeing traction during and after Covid-19 such as edtech and foodtech, clear signs of maturity in SaaS, and pace of exits slowing down. Overall, we are bullish on VC investments going forward,” remarked Sriwatsan Krishnan, Bain & Company partner and co-author of the report.

Bain & Company is positive the positive momentum in India will continue in 2021 as well. The report observes that in overall the strength of India’s VC ecosystem has driven real economic value for the country and the VC investments have played a pivotal role in bolstering the start-up ecosystem in India that is only behind the US and China globally. This has created more than three million jobs directly or indirectly over the past eight years in the country.

The report also points out that the number of active VCs in India reached 520 in 2020, an increase of 110 since 2018. Many new funds such as Inflection Point Ventures, Avataar Venture Partners, and Coatue Management, etc started investing in Indian start ups.

Some external experts, however, point out that VC investments are typically counter to the broad economic indicator. “Slowdown tests startups' resilience and the one who establishes strong revenue franchises show long-term survival bias. Slowdown separates the minnows from the emerging giants. The pandemic has revealed the golden eggs that can be nurtured with further investments,” Alok Shende of Ascentius Consulting told THE WEEK.

Market analysts point out that the pandemic brought many disruptions in the normal way of doing business and it resulted in many new business ideas taking birth and finding favours among early investors and seed funds. It was also found during the period that the established startups accelerated their pace and found the next round of investments from PE Funds and VCs. “Most of the investments that came were in technology-enabled or technology-powered ventures solving customers' needs across various sectors such as consumer goods, healthcare, supply chain, education, etc, in an efficient way,” observed Aditya Narayan Mishra, director and CEO of CIEL HR Services.

Some experts felt that despite the pandemic, startups kept on innovating. “Though the pandemic happened, innovation never stopped. In fact, people started thinking differently and used the pandemic as an opportunity. There is no dearth of good startups in the country and we believed we could partner with them and that will continue,” said Sathya Pramod, founder, Kayess Square, and co-founder of Inflection Point Ventures.