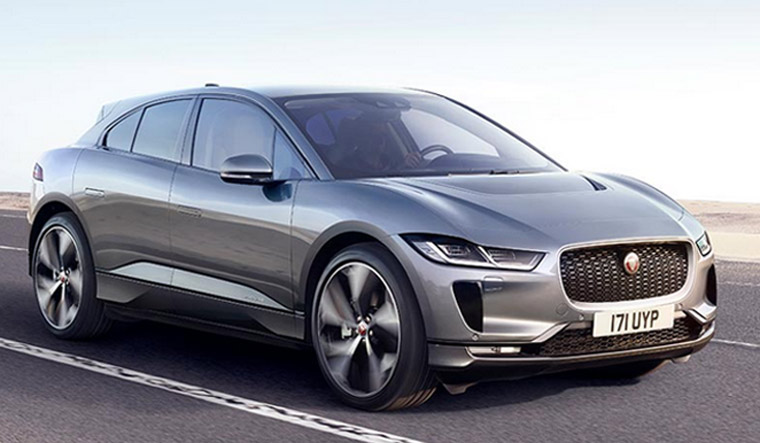 Thirty five charging stations across the country, 22 retail stations, 19 cities and scores of staff trained and ready. The preparations for this next electric car launch is truly electric and impressive.

Even more so when you realise it is for Jaguar's I-PACE, likely to be priced upward of Rs 1 crore. Makes you wonder, has India's electric vehicle market already matured so much to fete a luxury electric car like this? Fellow tony brands like Mercedes-Benz (with its EQC model) and BMW have already toyed with e-cars but it's been more experimental than anything else.

Sure, the I-PACE is one of the most celebrated electric cars around in the global market. It has won more than 80 global awards. In 2019, it created a record of sorts by winning all the top three auto awards simultaneously, including 'World Car of the Year', 'World Green Car of the Year' and 'World Car Design of the Year'.

“Electric vehicles will not just be a new mobility solution, owning one will be a new ownership experience,” said Rohit Suri, president, Jaguar Landrover India, “We recognise this and have worked tirelessly with our retailers to ensure that owning an EV is a hassle-free experience for our customers.”

The I-PACE will be launched in the country coming fortnight. Jaguar-Land Rover's eagerness to have everything in place to assure its upper crust clientale has equally to do with parent company Tata's major bets on electric vehicles, as well as the company's own 'reimagining'. Thierry Bollore, global CEO of the company had announced a few days ago that the company plans to bring down emissions to zero for Jaguar (100 per cent) and Land Rover (60 per cent) by 2030.

Along with JLR, many major auto companies have signalled their shift towards electric cars in the coming years. General Motors' zero emission target is 2035, while Volvo plans do to so five years before. Volkswagen is not far behind.

In India, while electric cars are still negligible, that could change in the next few years. Companies like Tata and MG Motor already have more than one EV model in the market. NITI Aayog estimates there will be five crore electric vehicles in India by 2030, in a report released Tuesday.

“In the four-wheeler segment, until now, only Mercedes offered a luxury electric car in India. However, with the country ready to witness the launch of more luxury electric two wheelers by brands such as Tesla, Audi, Jaguar, and Volvo, the market will further mature,” analysed Jeetender Sharma, CEO & Founder of Okinawa, one of the leading electric scooter brands in India.

Sharma adds, “The fact that these big players have already been betting big on the Indian market in itself substantiates that India holds enormous potential and market size for luxury electric vehicles.”

Another inadvertent factor that has speedened electric vehicle adoption in India has been the economic hit due to the pandemic forcing companies, governments and civil society to focus on environmental, social and governance initiatives. This has directly led to a spike in the valuation of new mobility businesses in the last few months, most remarkedly in that of Tesla.

While Tesla itself is set to enter the Indian e-car market later this year, another biggie announcement this week could also catalyse the electric mobility scene in the country. Ola, better known as a taxi aggregator, might just have reinvented itself as an EV maker, after setting up the world's largest e-scooter factory in Tamil Nadu this week at an expenditure of $330 million. The factory, set up on a 500 acre plot, can churn out 20 lakh e-scooters this year itself, with one crore electric two-wheelers annually from next year. India's electric dreams may be a reality faster than you think.