‘I’m inviting you to join me on this mission,’ Maezawa said 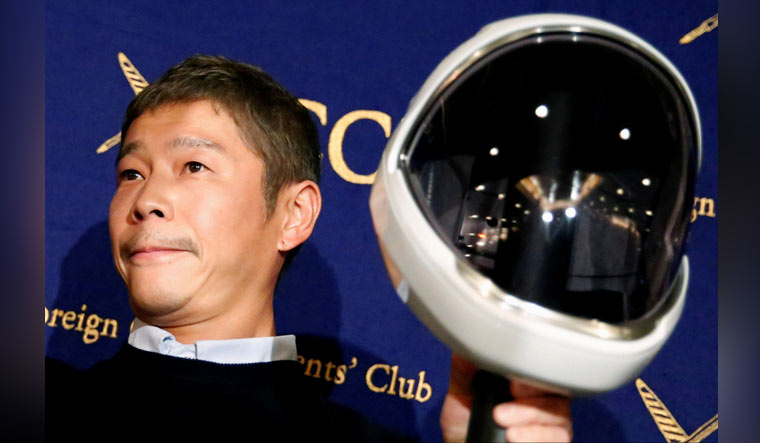 File photo of Japanese billionaire Yusaku Maezawa, founder and chief executive of online fashion retailer Zozo, who has been chosen as the first private passenger by SpaceX, in Tokyo, Japan, October 9, 2018 | Reuters

Yusaku Maezawa, a Japanese online fashion tycoon, booked the first spot aboard the lunar spaceship being developed by SpaceX in 2018. Maezawa’s mission called dearMoon is slated to fly on SpaceX’s Starship rocket in 2023. The billionaire and business tycoon, who has said he would pay for the entire journey, seeks eight people to join him on the mission. He initially planned to invite artists along for the ride, but, on Tuesday, the billionaire posted a broader application process on Twitter.

"I'm inviting you to join me on this mission. Eight of you from all around the world," the 45-year-old said in a video he posted on Twitter. Maezawa said that his plan changed as he now believes that “every single person who is doing something creative could be called an artist”.

The businessman hasn’t set any deadlines for the process that involves an assignment and an online interview that will determine candidates for the mission. The final interview and medical checkups are currently scheduled for May 2021, reads Maezawa’s site.

Maezawa made his fortunes by founding Zozotown, a fashion retail company. Tesla CEO Elon Musk said the first private lunar mission will go beyond the distance travelled by the Apollo mission and it will take three days for the mission to fly to the moon, loop behind it in orbit, and additional three days to return.

“I’m highly confident that we will have reached orbit many times with Starship before 2023 and that it will be safe enough for human transport by 2023. It's looking very promising,” Musk said in Maezawa's video posted Wednesday.

A SpaceX Starship prototype crashed in a fireball as it tried to land upright after a test flight, in February. A similar incident took place in December. This would be the first lunar journey by humans since 1972.