Reliance Naval has about $1.5 billion of debt 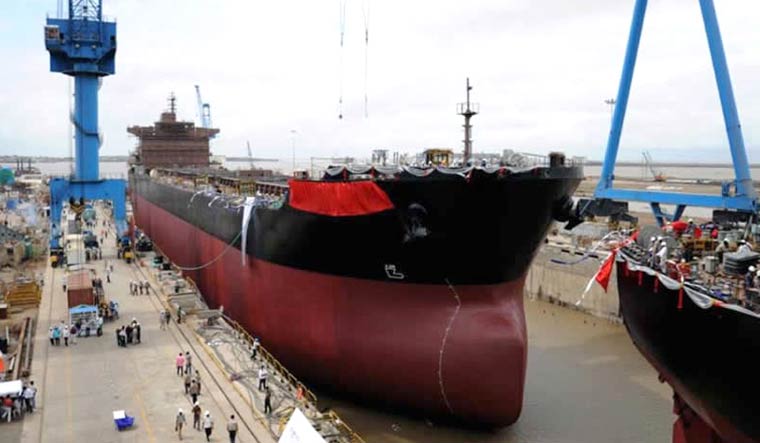 Bankrupt, with a $1.5 billion mountain of debt, and what is arguably India’s most advanced shipyard—Pipavav in Gujarat—Reliance Naval has been in need of a saviour for some time now.

Now, that saviour could come in the form of Jindal Steel. According to a Bloomberg report, Jindal Steel & Power Ltd has expressed interest in bidding for Reliance Naval & Engineering Ltd, along with Kotak Special Situations Fund (which specialises in distressed assets) and Dubai-based shipping firm GMS.

The bidders registered their bids by the February 28 deadline, which itself had been extended by four times by then.

Reliance Naval was admitted for insolvency proceedings in January last year. One of its creditors, IDBI Bank, had filed insolvency petitions against the formerly Anil Ambani-led group in June 2018. Later that year, Anil Ambani stepped down as Reliance Naval's director, in compliance with provisions of Section 165 of the Companies Act, 2013, prescribing the limit on directorships to only 10 public companies, RNAVAL had said in a regulatory filing at the time.

Reliance Naval was the first private sector company in India to obtain a license and contract to build warships. It also has the largest integrated shipbuilding facility in the form of the Pipavav Shipyard, the largest shipbuilding facility in India. The Reliance Group took over Pipavav Defence and Offshore Engineering Ltd in 2015 and renamed it as Reliance Naval and Engineering Ltd.

However, it become the second Anil Ambani-led firm to go bankrupt, after Reliance Communications.

Jindal Steel is India’s third-largest producer of steel by market value. The Naveen Jindal-led group has forays into both steel and coal.

GMS, which describes itself as the “world's largest buyer of Ships, Rigs, and Offshore assets for recycling”, has also expressed interest in taking over the Shipping Corporation of India (SCI) according to reports.

According to earlier reports, Russia's United Shipbuilding Corporation was also interested in bidding for Reliance Naval.