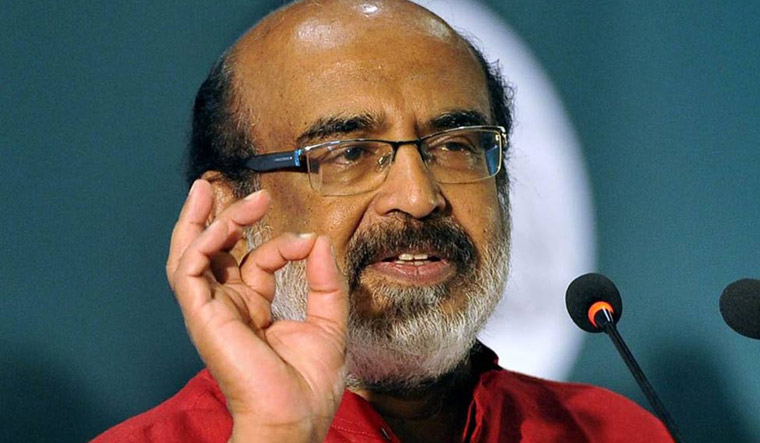 Isaac said the union minister has "no understanding" of the issues mentioned and people expect a little bit "more standard" and "serious attitude" from a person occupying that post.

"What she said about KIIFB and the state budget is utter foolishness.Her words prove that she has not only failed to do her homework, but she also has no understanding of the issues mentioned.The Union Finance Minister must not feel offended if I say, 'Shame on you'," Isaac said in a Facebook post.

Sitharaman had yesterday questioned the role of the KIIFB in Kerala budget making.

"I don't know what budget making is this when all the money is given to one KIIFB. What is this organisation? We also make a budget in the union  government.We don't give all money to one particular agency and say, 'we'll see'," she had said during her party's public meeting at Kochi.

"The CAG has commented and criticised.... Total questionable operation.If this is budget making, no wonder Kerala is going into a debt trap.And this is a questionable affair.Corruption," she had said.

Isaac asked how is it possible to set aside the state's revenue for just one thing.

He said the CAG had claimed the income and expenditure of KIIFB was not part of the state's budget.

"When that criticism reached Sitharaman, it was turned upside down. Whoever wrote the speech for her, all I have to say is that there was no need to make a clown out of the union finance minister in this manner," he said.

Isaac said even the central budget had over Rs one lakh crore off-budget borrowings but KIIFB's borrowings were not "off budget".

"Even the NHAI borrows money to provide funds for road construction.But that was not part of the centre's income expenditure.Similarly, KIIFB is also a body corporate. We cannot accept the stance that certain things can be done by the centre but not by the state government," Isaac said.

He also said the statement of the union minister on the law and order situation and the corruption in Kerala "does not deserve a response" as even the people who attended her meeting were "well aware of what Kerala is".

Presenting the budget for this fiscal, Isaac had placed his bets on KIIFB to fund development projects in the state.

KIIFB was constituted by the Government as a Body Corporate financial institution in Kerala to mobilise funds for infrastructure development from outside the state revenue.