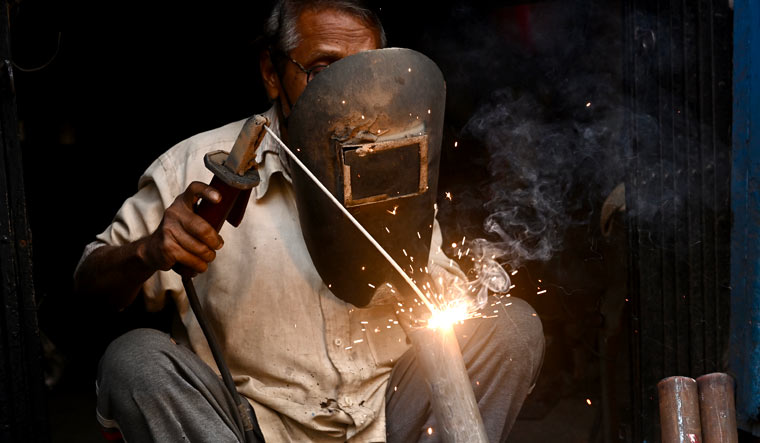 India's local manufacturing will get a thrust from this budget, which sought to boost MSMES and strengthen the Atmanirbhar Bharat initiative. The budget has more than doubled the allocation for the MSME sector. In addition, it moves to increase custom duty on a few products in order to help domestic manufacturing.

These measures have been welcomed by experts, who feel India must strengthen its domestic manufacturing ecosystem, facilitate the ease of doing business and increase the local manufacturing base.

“Increasing customs duty on certain products and giving impetus to textiles, auto and steel sector will support the larger number of small players in these employment intensive sectors. Increasing the threshold of paid-up capital and turnover for small companies, increasing the turnover threshold levels for mandatory audits, decriminalization of the LLP Act 2008, and relaxations in setting up one person companies will further help MSMEs in doing business," says Dr Arun Singh, Global Chief Economist, Dun and Bradstreet.

"The proposal to strengthen the NCLT framework initiative to create a special framework for MSMEs and establishing e-courts given the number of pending cases is expected to uplift the small investor. The government’s intention to push the local manufacturers is thus clearly evident. With the PLI scheme linked extended to 13 sectors, there is a huge investment intention of Rs 1.97 trillion for next five years from both the domestic and foreign investors,” he added.

The budget 2021 has proposed to review more than 400 old customs duty exemptions customs this year. There could be significant changes in customs duty rate structure by mid of 2021 as a new structure promised to be introduced by October 2021. This move is expected to settle various interpretational and disputed issues on the custom duty structure and rationalize it more in line with the global rate structure.

“We see considerable review of the rate of customs duty, with a rise in the import of auto parts, solar equipment, cotton and raw silk in order to strengthen the domestic production in these sectors. Further Customs Duty on import of Naphtha,Copper, Steel Scraps which are considered as raw materials and inputs used by domestic manufactures in chemical and iron and steel industry for reducing cost of inputs and correction of inverted duty structure. Further Customs Duty on gold and silver has also been rationalized which was previously 12.5 percent,” pointed out Smita Singh, Partner, Indirect Tax, Customs & Trade Group at Singh and Associates.

Even domestic solar manufacturing is expected to get a thrust. The union budget has announced Rs 3.5 lakh crore of new investment to the power sector, Rs 1,000 crore investment to Solar Energy Corporation, Rs 1,500 crore to Indian Renewable Energy Development Agency which is expected to give further impetus to renewable energy growth.

“We eagerly await the detailed plan on the phased manufacturing plan for solar cells and solar panels, announced by the Finance Minister to scale-up domestic capacity. Additionally we believe, raising duty on solar inverters from 5 percent to 20 percent and on solar lanterns from 5 percent to 15 percent to encourage domestic production will create demand and bring in revenue for further progress. The announcement of the comprehensive Hydrogen Energy mission 2022 is a welcome move to enable India’s transition to a low-carbon economy,” says Gyanesh Chaudhary, Managing Director, Vikram Solar.