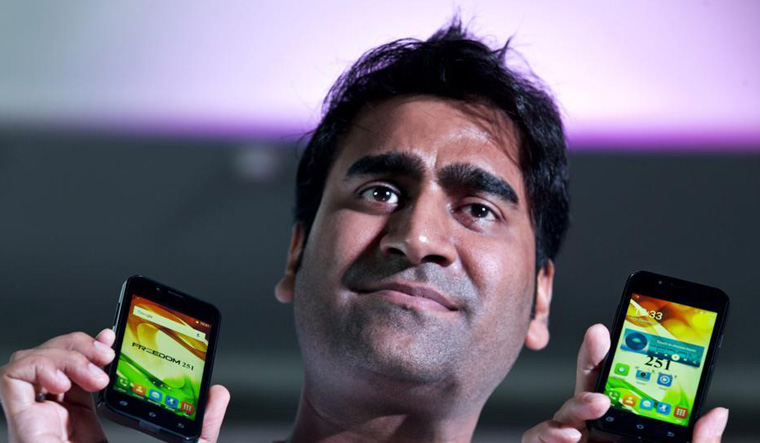 The Noida Police has arrested two officials of a consumer goods import-export company accused of duping billions of rupees from thousands of people across the country by tricking suppliers, officials said. The police have impounded two cars, including an Audi, from the accused men who were held for fraud on Sunday by officials of Sector 58 police station, the police said.

The company, Dubai Dry Fruits and Spices Hub, had a frontal business of import and export of fast moving consumer goods (FMCGs) with a plush corporate office in the industrial hub of Sector 62 in Noida.

Additional Commissioner of Police (Law and Order) Love Kumar said the company has duped money from several people and an FIR was lodged against it in December.

The company has fraud cases lodged against it in Uttar Pradesh, Punjab, Haryana, West Bengal, Maharashtra, Karnataka and "some other" south Indian states, the officer said.

A Noida police statement pegged the fraud amount running into "billions of rupees" and the number of persons duped by the company as "thousands".

He said Goyal is the key person in the gang which primarily has five to six core members and several other associates, who are yet to be arrested. Noida-based Goel was earlier in news for promising to deliver the world’s cheapest smartphones and not living up to it. In 2016, Goel's company Ringing Bells announced Freedom 251 smartphone at Rs 251. The smartphones were never delivered.

This was the fourth such firm floated by the gang after the previous three got shut following criminal cases against them and arrest of gang members, he said.

On their modus operandi, Kumar said, the gang gets a company registered and deals in FMCG products like dry fruits, spices, lentils, rice, oil.

"They would procure goods from suppliers at rates higher than normal market price initially and make timely payment, in a bid to make good impression on their target. They would later place bulk orders and make 30 to 40 per cent of payment in advance, further assuring suppliers of their credibility," he said.

However, the remaining payment would be made in post-dated cheques which would bounce at the bank, he said adding the commodities bought from suppliers would then be sold in open market by the gang at low rates.

"So basically, they would buy genuine goods from suppliers officially at higher rates but not pay them full money in return and sold the goods in open market in cash and make money there," Kumar said.

He said the gang first dabbled in this fraud in 2018 when it registered a company in Gurgaon and allegedly made money fraudulently. Later an FIR was lodged against the company there and some of the gang members were sent to jail.

They again formed a company in the name of Shri Shyam Traders and same thing happened. An FIR was lodged, some gang members were sent to jail and the company was shut, he said.

The third firm they floated was in Noida which dealt in Ayurvedic products but again duped people and got shut in a similar manner and Dubai Dry Fruits was there fourth company, Kumar said.

"Complaints of fraud against Dubai Dry Fruits have been made by people hailing from not only Uttar Pradesh but Punjab, Haryana, West Bengal, Maharashtra, Karnataka and some other south Indian states where FIRs are lodged against it," the additional CP said.

"Others associated with this racket will be arrested soon," he added.

Kumar said the Noida Police are seized of around two dozen cases across states against the firm so far but are getting more information from their counterparts in other states now about the whole nexus as it is unfolding.

The police have seized 60 kgs of dry fruits, three mobile phones, some electronic items and documents from the accused persons and impounded an Audi and a Toyota Innova from them, according to a statement.