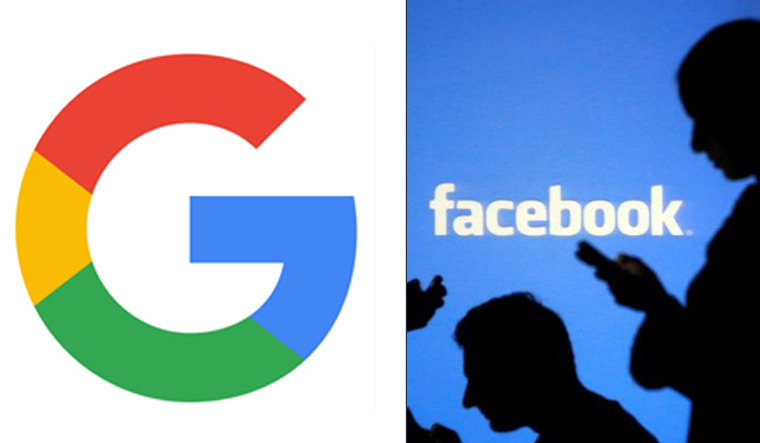 A Texas lawsuit has alleged that Google and Facebook entered into a deal that effectively keeps a check on other rivals, while maintaining the monopoly of the two tech giants in online advertising space | File

In what looks like fresh troubles for Google and Facebook, 10 US states, led by Texas, have filed a complaint against Google for entering into an agreement with social media giant Facebook to continue a chokehold on its established dominance in online advertising. According to the deal, code-named Jedi Blue, after the Star Wars franchise’s Jedi knights, Facebook would curtail its competitive moves, in return for guaranteed special treatment in Google-run ad auctions, the lawsuit claims.

It said Google lowered its fees to near zero to gain dominance among publishers, used deceptive tricks to broker transactions between publishers and advertisers, and extracted high fees from both parties for playing referee. The deal effectively keeps a check on other rivals, while maintaining the monopoly of the two tech giants in online advertising space.

According to the lawsuit filed in US District Court in Texas, when Facebook emerged as a threat to its online ad market monopoly, “Google made overtures to Facebook,” the lawsuit says, with the two parties allegedly entering into the Jedi Blue deal. Facebook withdrew as a direct threat in return for Google giving Facebook “information, speed and other advantages in the auctions that Google runs” for publishers’ mobile advertising, the Wall Street Journal reported citing the lawsuit.

The lawsuit seeks monetary damages from Google and asks the court to restrain Google’s behavior, including via “structural relief to restore competitive conditions in the relevant markets.”

The federal suit also drew attention to Google's relationship with Apple. It alleged that Google uses billions of dollars collected from advertising to pay for mobile-phone manufacturers, carriers and browsers such as Apple’s Safari to maintain Google as their preset, default search engine.

Google ad sales account for over 80 per cent of Alphabet’s revenue, Reuters reported. However, most of the sales and the bulk of Alphabet’s profits come from Google’s high-margin operation of placing text ads above search results.

“Google is a trillion-dollar monopoly brazenly abusing its monopolistic power, going so far as to induce senior Facebook executives to agree to a contractual scheme that undermines the heart of [the] competitive process,” Texas Attorney General Ken Paxton, who led the suit, said in a statement. It used its monopolistic power to control pricing, engage in market collusions to rig auctions in a tremendous violation of justice, Paxton said in a video posted on Twitter announcing the lawsuit.

While Facebook has not yet responded to the lawsuit, Google denied the charges. “Attorney General Paxton’s ad tech claims are meritless, yet he’s gone ahead in spite of all the facts. We’ve invested in state-of-the-art ad tech services that help businesses and benefit consumers,” a Google spokesperson said Wednesday. “We will strongly defend ourselves from his baseless claims in court.”

The Texas lawsuit comes at a time when the Big Four—Amazon, Apple, Facebook and Google—are facing antitrust probes in the US. The Texas lawsuit is the second major complaint from regulators against Google and the fourth in a series of federal and state lawsuits aimed at reining in alleged bad behavior by the Big Tech.

The Texas-led lawsuit alleged that Google uses its immense market power to extract a very high tax of "the ad dollars otherwise flowing to the countless online publishers and content producers like online newspapers, cooking websites and blogs who survive by selling advertisements on their websites and apps."

Absence of the Democrats, who had initially joined Texas in launching a bipartisan state investigation of Google last year, did not go unnoticed. However, the WSJ report indicates that more states could join the suit later.

Reportedly, a separate, bipartisan group of state attorneys general is preparing another antitrust case against Google, which is expected to target its search business and could be filed as soon as Thursday.