Consumers don’t pay for electricity as they see it as right, not commodity: Study 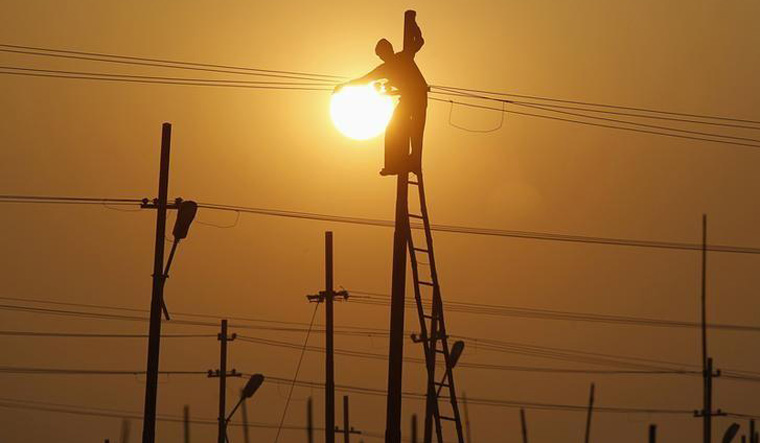 A new study by the Energy Policy Institute (EPIC) at the University of Chicago establishes that consumers do not pay for electric utilities in full as they treat electricity as a right rather than a commodity to be bought and sold.

The study conducted in rural Bihar found that the link between electricity supply and payments was broken. Customers on average received about 17 hours of electricity a day, and many paid less than 20 per cent of their share. Areas that paid more did not necessarily get more power. In 2017, customers received on average about 17 hours of electricity a day. Some areas paid their full share, while many more paid a share of less than 20 per cent and the average paid only 38 percent. The most prominent impact of this trend is that there are widespread outages and rationing of power. The study also shows that theft is not restricted to the poor, but it is the larger consumers who account for most of the losses.

A press release about the study noted, “When researchers combine this data with observations from several field experiments in countries like Brazil, Pakistan and South Korea, they find that this was indicative of a broader trend.”

“More than a billion people worldwide lack access to reliable electricity, despite multilateral efforts across the globe that have poured resources into improving electricity access and reliability in order to spur economic growth. Research at the University of Chicago and partner institutes suggests that the root of the problem may lie in the fact that society too often views electricity as a right that does not need to be paid for. This sets off a vicious cycle: Consumers regularly don’t pay their full bills and governments often tolerate this. Power utilities then lose money every time they supply more electricity. Eventually, these companies become bankrupt and choose to cut off supply because they can no longer afford to pay generators without recovering costs from consumers. And finally, because customers then receive poor energy supplies, they are even less likely to pay their full bills.”

According to data from the World Bank—derived from the Global Tracking Framework, led jointly by the WB, International Energy Agency, and the Energy Sector Management Assistance Program—access to electricity supply in India stood at 95.2 per cent.

As per another study on Electricity Prices, Consumption, and Bill Payment: Evidence from Urban India (conducted by the Tata Centre of Development at UChicago), India’s power distribution companies (discoms) are in poor financial health. This is driven by low power prices, often below-marginal costs and also by inefficient operating, which led to higher costs. The same report also noted, “Moreover, low electricity prices are a powerful tool in elections, making subsidies an extremely popular campaign promise.”

Responding to queries from THE WEEK, Sudarshan, who serves as South Asia Director of the EPIC, said, “Free electricity is politically attractive, but it is precisely the kind of policy that makes this problem worse. It costs money to buy power and supply power. When even a portion of these costs are not provided by consumers, it places a large load on the state exchequer. In the long run, we see that governments respond by reducing quality (ease of getting connections, hours of supply), because when the process of sending electricity loses you money, the only way to retain control over finances is to reduce how much is sent.”

“Once power is free, it is politically difficult to start charging. And once some people get free power, it opens up a doorway for others to ask why they are told they don't deserve it,” he said.

On the issue of subsidies to marginal farmers he said, “Subsidies in agriculture can come with other challenges such as overuse and therefore the depletion of water. For vulnerable populations, such farmers subsidies can be replaced with direct transfers of cash. This need not change the total costs to the government at all, but it then allows electricity to be treated as any other commodity and payments to be enforced. For farmers, cash in hand is better than free power, because cash can be used to buy electricity but it can also be used for other purposes. This creates a strong incentive to conserve and use electricity efficiently, because the less of the cash transfer goes into your electricity bill, the more is left over for other uses. So it really could be a win-win solution.”

Other suggestions offered by the study are changing social norms by introducing consumer incentives, changes to the bill collection process to reduce electricity theft and non-payment of bills and improved technology such as smart meters that would link payments and supply at the individual level.