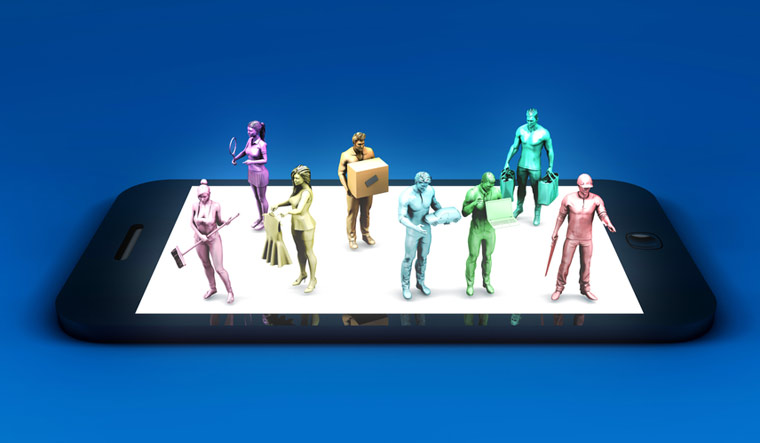 India’s gig sector is expected to grow to $455 billion by 2024 at a compounded annual growth rate of 17 per cent—with potential to grow at least double the pre-estimates for the post-COVID-10 pandemic period.

With the long-held scepticism over the efficiency and dependability of a gig workforce wiped out by the pandemic-induced remote work regime, more and more corporates are comfortable hiring this new breed of talented people.

The pandemic has changed the way businesses are conducted, not only in India but all across the world. Due to the forced remote work culture, many companies are realising its advantage on stressed cash flow, remodelling their operations as per business continuity plans, and opting to hire freelance talent under the given market scenario.

While the model has been slowly accepted by employers, employee and government, this sector observes a lot of skill gaps. Constant up-skilling and reskilling will be required for such talents to stay industry relevant and market ready.

Rapid digitization has led to the disruption in the labour market. Technology here plays a very important role in galvanizing the scope of independent work regardless of the geographical boundaries. Independence of the project and flexibility of work hours has become the new work mantra which has redefined the meaning of labour.

In the present scenario, India stands to lose around 135 million jobs due to the pandemic. Many of them could be guided towards building skill sets to suit freelance work opportunities and be a part of this growing flex or gig economy.

A gig worker gets the freedom to work for several employers at the same time while retaining his freedom. It is a shift from a regular 9-5 job to an on-demand kind of work, where the worker also gets the freedom to choose his remuneration. It gives the workforce the freedom to accommodate both the work and family along with the preference to choose the projects that suit them best.

However, the gig economy is still at a very nascent stage in India and is marred by several challenges. Industry bodies has been conducting several studies on this parallel economy and just before the advent of the pandemic, the Associated Chambers of Commerce and Industry of India (ASSOCHAM) had predicted India’s gig economy would grow at a compounded annual growth rate of 17 per cent to touch a figure of $455 billion in the next three years.

India at present has around 15 million freelance workers engaged in projects in sectors like IT, HR, and designing. In comparison, there are almost 53 million independent workers in the US. The present COVID 19 scenario would push more of the conventional workforces towards the gig economy in India.

India’s workforce is adding almost four million people every year, this would have a big impact on the gig economy in the near future. Even in India, the size of firms are shrinking in size, giving rise to a large number of start-ups specialised in taking up non-core activities on contractual basis.

There are some challenges in this sector that need to be addressed. This workforce has limited employment rights like minimum wages, health benefits, sick leaves or even retirement benefits to fall back on. Also, the payment is assured only on the completion of the project giving a sense of financial insecurity. The lack of any kind of protection was also deterring several talented workers from participating in the economy.

The central government recently passed the Code on Social Security which could cover gig workers as well. One of the key proposals includes the creation of a social security fund, which would be around 1 per cent of the aggregators’ annual turnover. This fund would be used primarily for the welfare of the unorganized and gig workforce.

The government needs to come out with some more appropriate regulations to protect the workforce of the gig economy. Also at present, there is no mechanism to address the issue of redressal of disputes if it may arise between the parties concerned. It could also mean countries would need to come together to set up a platform to extend their labour protections to part-time workers in their country. Companies employing the workforce on a temporary basis should also be made responsible to contribute to their insurance and social obligation other than just their tax commitment.

The scope of the gig economy in a country like India is enormous. The government needs to come out with comprehensive legislation to empower and motivate many more to take this path. For one thing is sure: The gig economy and its workforce cannot be overlooked when we talk about the future of employment.

The Author is National President, NAREDCO and ASSOCHAM.