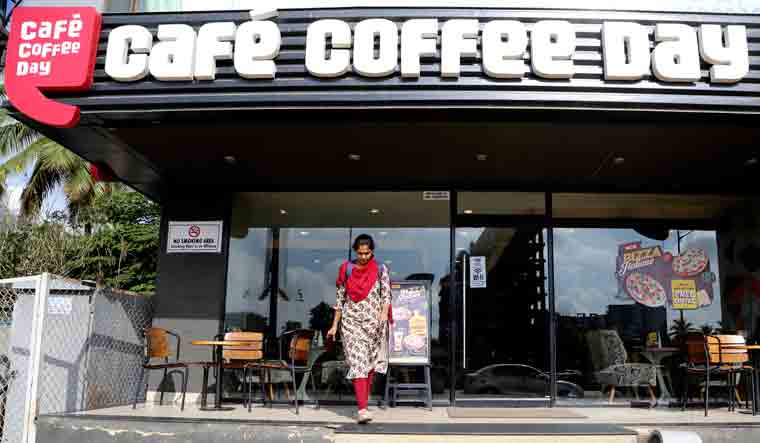 A day after Malavika Hegde, the wife of late V.G. Siddhartha, the promoter of Cafe Coffee Day was appointed the CEO of the Coffee Day Enterprise Limited (CDEL), a source pointed out that business was on a revival mode for the company. The source told THE WEEK that Cafe Coffee Day (CCD) outlets, which were having a tough time due to poor patronage during the COVID-19 pandemic, have seen business returning. Of the 1,400 plus outlets across the country, around 800 of them are functioning and have started generating operational profits with guests returning to them. The source also pointed out that Hegde's appointment is a step in the right direction as she knows about the business, the company and the people and has the capability to run the business smoothly on a day-to-day basis.

It may be recalled that after the death of Siddhartha, the CEO's post was vacant and there was no interim CEO. The day-to-day affairs of the company was being managed by an executive committee comprising the interim chairman S.V. Ranganath, Hegde herself, Chief Operating Officer (COO) Nitin Bagmane and Chief Operating officer (CFO) R. Ram Mohan. Bagmane had left the company in March 2020.

“We did not want to get an external professional as the new CEO of the company. There are multiple issues which are yet to be resolved. There are issues relating to bringing down the debt level of the organisation and also the divestment of the Sical Logistics. The second tranche of around Rs 700 crore from the Rs 2,700 crore deal with Blackstone is expected to happen within this financial year. A new external person would have found it difficult to manage all the unresolved issues and would have found it difficult to manage the day to day operations of the company in such circumstances,” said the source on conditions of anonymity.

The source further pointed out that talks were in an advanced stage of the divestment of Sical Logistics and it should happen soon. “Currently, it is hoped that around 400 more CCD outlets will be operational in the next one month or so. At the time of Siddhartha's death, there were around 1,700 CCD outlets which were reduced to around 1,400 as they were not generating good business. By July 2020, it had become difficult to pay even the salaries of the CCD employees as the outlets had almost nil business. Now that the business has improved, salary is being disbursed to the employees regularly.”

The coffee vending business of CCD is, however, still suffering due to Work for Home (WFH) for a large majority of corporate and IT employees. “The IT parks are still without people as the majority of them are working from home. Till they return, the coffee vending business will continue to suffer. Till things stabilise and debt reduces, it will be difficult to find investors in the company that will make it completely debt free,” the source said.

A few experts with whom THE WEEK spoke said that at this juncture an external professional CEO instead of Hegde would have helped the company and would have resulted in faster revival of business. “At a time when footfall and cash flow have been badly hit for the company, a professional CEO would have reversed the business of the company. Being a board member is different but being a CEO who has to operationally handle and manage the day-to-day affairs of the company is different. I feel that the choice of Hegde was not on expected lines,” said B.S. Murthy, the CEO of Leadership Capital Consulting.

Experts also feel that family-run enterprises often get someone from the family to be at the helm of affairs. This is a worldwide phenomenon. “The founders are often in the best position to articulate and uphold the values and the image of the enterprise. They being the significant owners tend to grow into the role at an amazing speed if the concerned person has the capability and interest. They often earn the respect of the organisation due to the goodwill their predecessor created in the past. Thus, the experience of having run a similar enterprise isn’t as critical as it is for a professional from the talent market,” said Aditya Narayan Mishra, director and CEO of CIEL HR Services.