The emerging name in the field of modern marketing in India: Yash Agarwal 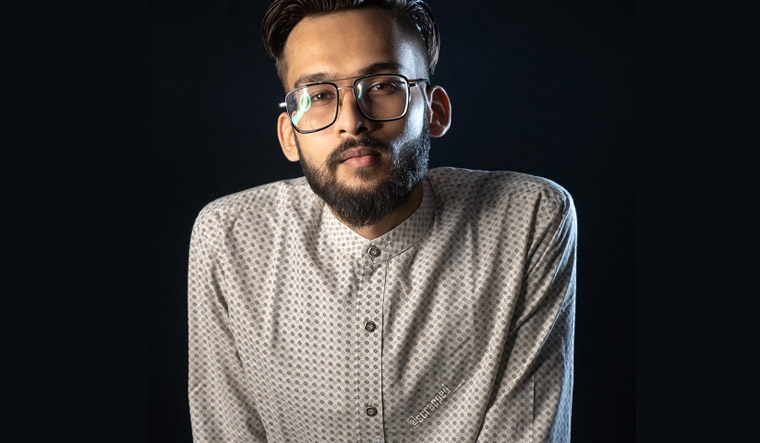 The very talented and creative Yash Agarwal is a 24-year-old Entrepreneur, Digital Marketing and Influencer’s Marketing Expert. He is listed as India’s leading Digital Marketer and Business Consultant. Yash is not just another Digital Marketer but is a Dynamite with the most creative ideas. He has turned out to be the Highest- Paid Digital Marketer of Uttar Pradesh, India. He is known by the name- MeAgarwalYash.

This Kanpur based young entrepreneur has not only showcased his talent in India but also overseas. He has worked for brands and people from more than 15 countries. With his best Digital Marketing Strategies and plans, he has emerged out as the Best Digital Marketer in India.

To rule the industry of Digital Marketing, the very ambitious Yash Agarwal launched his own venture “FMK Marketing” which caters to all the Digital Marketing needs of a brand. FMK turned out to be a great success because of Yash’s remarkable services in the field of Content Creation, Graphic Designing, and Web Designing. Today he is associated with big names and some of India's leading doctors.

This hardworking Digital Marketer not only works for brands but also focuses on moulding the young minds into hubs of creativity. He organizes interactive workshops and sessions for students from small towns and districts which are digitally backwards and lack such amenities and knowledge in the field of digital marketing.

Throwing light on his education and academics, Yash did his schooling from Kanpur itself. He completed his elementary education from Methodist High School. Further, he went on to do his Bachelors in Commerce and Masters in the English language from the University of Kanpur.

Talking about his interests and fascinations, Yash has always been a technophile and was very enthusiastic about technology and the advances in computers and media technology. He has been a gadget lover since childhood. He is fond of collecting the latest electronic gadgets, which continues to be his favourite field of expenditure even today. Describing his love and curiosity for gadgets, Yash also told that he once unscrewed the C.P.U in the computer lab of his school when he was in class 3. This was the incident from which Yash’s parents and teachers sensed his connection with technology and the probable chances of his career in the field of computers.

Yash began his entrepreneurial journey with his first venture as a stationary distributor along with his bachelors, where he got involved with major stationary companies all over Uttar Pradesh. He ran this business for about 6 years. Despite running a successful business, Yash felt something was amiss. In his words, “I put aside my stationery business and moved on to other projects because I felt that this venture was not allowing me to do anything creative with my skills. However, I learnt a great deal from this phase of my life.”

A step further in this direction, he started Kanpur’s first community of budding bloggers and digital entrepreneurs called “Kanpur Young Entrepreneurs (KYE).” With this, Yash became a game-changer among the Kanpur youth. KYE is a promising concept of a community of young entrepreneurs and youth with game-changing ideas in their mind, who are inspired to take up notable initiatives across the country.

Another game-changing venture of Yash Agarwal was “Fit Me Kanpur”, which stands close to his heart because of Yash’s dream to start something which could ease the lives of people of his city. Talking about FMK, Yash says, “In our city, we never had a business that provided all the services of the general need to basic necessities under one roof until Fit Me Kanpur was initiated. FMK provides anything and everything, all under one banner. From wearables to edibles, coupons to discount cards, photographic materials to photographers, and services to assistance - Fit Me Kanpur provides it with all!”, that was further converted into a marketing firm.

To glorify Yash’s contribution in the field of Digital Marketing Industry, he has been awarded “The Young Entrepreneur” honor of IIT-Kanpur in 2013-14. Besides, Yash has also received the “Youth Icon of Kanpur” award in 2019-2020 for training more than 300 influencers and bloggers, whom he taught the new rules of the digital game.

Yash’s journey as an entrepreneur had been full of obstacles and hurdles which he faced headily and also made sure that he overcomes all of them with utmost dignity. His entrepreneurship has been an inspirational tale for many youngsters.