Has India’s approach to cryptocurrencies changed amid bitcoin's record high?

In March, bitcoin was valued under Rs 4 lakh, before hitting under Rs 14 lakh today 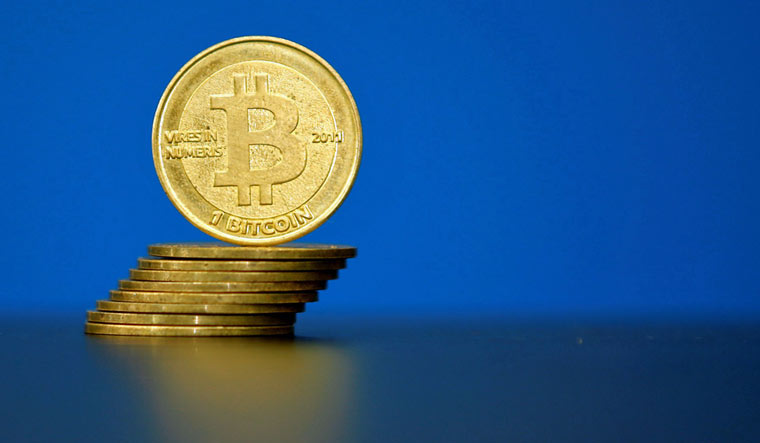 From a ban to a boom, is India coming around on bitcoin? With the famous (some would say ‘infamous’) cryptocurrency on a never-before-seen rally and seemingly on the verge of breaking its all-time peak, that is the big bucks question on the minds of many in India’s financial scene.

Big bucks worth nearly Rs 14 lakh a piece, that is. For, that is the value – a three-year high – that Bitcoin attained as of Saturday morning India time.

Many believe it will cross the all-time record point of Rs 14.67 lakh it attained back in 2017, the coming week. It won't be a surprise considering how it has gone from strength to strength in the year of COVID-19. In March this year, bitcoin was valued under Rs 4 lakh, before hitting just under Rs 14 lakh early today, a steady growth rate of 160 per cent in just seven months!

Too much, too fast? Indian government officials always looked at the cryptocurrency as a sort of ‘clear and present danger’. Reserve Bank of India (RBI) banned all banking transactions by crypto traders in the country two years ago, what it called ‘ring fencing’ (not a direct ban, but just restrictions on those doing it). But the Supreme Court (SC) intervened and threw out the ban in March this year.

The withdrawal of restrictions, perhaps, could not have come at a better time, just as the pandemic hit and the nation went into lockdown. Reports indicate thousands of new investors signed up with the many crypto exchanges across India, to trade in bitcoins and the like. The reason? As global economy and global indices like the dollar and petroleum prices tanked, bitcoin, always designed to be macro economy-proof with its own security (blockchain) and transaction ecosystem, simply took off. Even gold, normally considered the best antidote to economy downturns, grew just 30 per cent in value through the pandemic, while bitcoin grew 160.

Explains Sumit Gupta, CEO of CoinDCX, an Indian cryptocurrency exchange, “COVID-19 witnessed major asset classes showing an inconsistent behaviour since investments were dependent on various factors like geographies, demographics, markets and economies. However, bitcoin was unaffected since it is indifferent from the above and is only based on demand and supply. Besides, it is an outcome of blockchain technology, one of the safest sources of digital money security.”

The Diwali season saw another high, with reports of patrons substituting gold with cryptocurrencies like bitcoin and ethereum on Dhanteras (the auspicious day for buying previous metals, just ahead of Diwali). CoinDCX offered customers a free trading option on the day of the festival, much akin to the mahurat trading that happens in Indian stock exchanges on Diwali day.

But the big question, of course, is the stance the Indian government will take. There were murmurs emanating from the finance ministry after the SC knocked down RBI’s crypto ban that the Centre could bring in a law or ordinance to circumvent the ruling, but there has been no official stamp on it so far. The Internet and Mobile Association of India is already in talks with government officials as well as regulatory bodies, trying to draft out a regulatory framework under which crypto trading can be done legally in the country.

A draft version of a code of conduct for crypto traders is also ready, including KYC as well as provisions against money laundering. “There is a need for positive regulation so that ecosystem is clean and we can keep on innovating,” admits Shetty.

Being the favourite ransom ask of internet hackers may have given bitcoin something of an unsavoury reputation, but the wind now seems to be blowing in favouring of regulating it and harnessing its potential rather than outright shunning it with bans. Financial sector giants like Mastercard and PayPal have already opened up their networks to cryptocurrencies. Countries like Japan, Australia, South Korea and Switzerland have voiced their interest in institutionalising cryptocurrencies.

“More and more countries are setting up regulation for crypto now. I’m very optimistic that India will take a cue from them and bring in positive regulations as it will lead to more startups building in blockchain, more jobs, and more tax revenue for the government,” hopes Shetty.