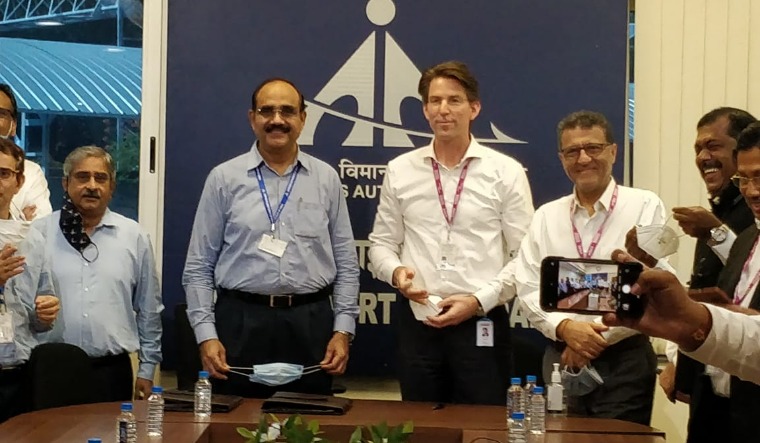 The Times of India reported on Saturday that the Adani Group had taken over operations of the Sardar Vallabhbhai Patel International Airport in Ahmedabad.

The Airports Authority of India had announced the Adani Group would take over management of the Ahmedabad Airport from midnight on Friday.

"Airports Authority of India has completed handing over procedure of SVPI Airport to Adani Ahmedabad International Airport Ltd (AAIAL). At midnight tonight, the ceremonial Handing Over of the Key to AAIAL will mark the new chapter for Ahmedabad Airport," the airport said in a tweet on Friday.

The operations, management and development of the airport will now be handled by the Adani Group for a period of 50 years, The Times of India reported.

The Airports Authority of India will continue to handle services such as customs, immigration, plant and animal quarantine and security, The Times of India reported.

In February 2019, the Adani Group won the lease rights to run six AAI airports: Lucknow, Ahmedabad, Jaipur, Mangaluru, Thiruvananthapuram and Guwahati. The deal was bitterly criticised by opposition groups that termed it as an example of "crony capitalism" under the Narendra Modi government.