Singapore arbitration ruling may not be enforceable in India 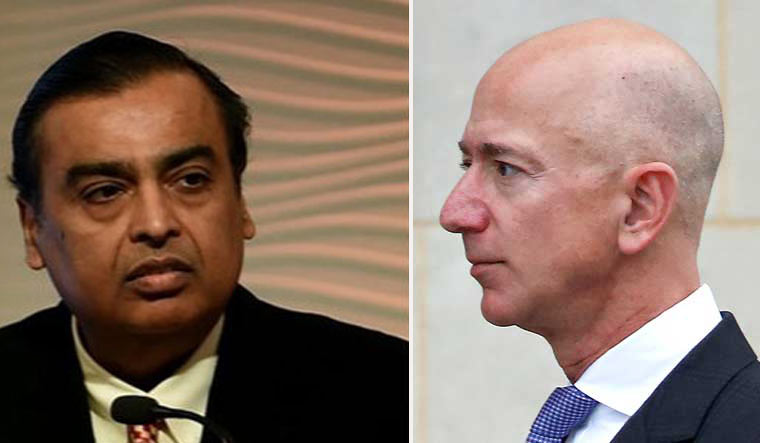 India’s e-commerce market has been growing over the last few years, and the COVID-19 pandemic has only given it a huge boost. As a recent report by Avendus Capital estimates, online spending in the country will surge to $200 billion in the next five years, from $39 billion in 2019.

Amazon is the largest e-commerce company in the world. In the last few years, it has poured in billions of dollars to scale up in India. Just this January, Bezos announced an investment of $1 billion into the country. Its main competitor for the last few years, Flipkart, also saw $1.2 billion being pumped into the company by its parent Walmart, the US-based supermarket giant, in July.

However, what was essentially a two-pronged battle between Amazon and Flipkart, saw a new entrant this year, with Mukesh Ambani’s Reliance Industries launching JioMart, a platform that connects thousands of small grocery stores with customers online. JioMart, which started off with food and grocery has now expanded into other categories like electronics.

Reliance, already the largest retailer in the country, last month announced a deal where by it would acquire the retail, wholesale, logistics and warehousing business of Kishore Biyani promoted Future Group. The deal with Future Group would give Reliance Retail close to 40 per cent share of the organised grocery market.

But, the deal clearly didn’t go down well with Amazon, who had been in recent years, looking to invest in India’s organised retail industry. In 2018, it teamed up with Samara Capital to acquire the Aditya Birla Group-owned supermarket chain More.

That is perhaps why Biyani’s decision to sell the retail business, which had been hit badly due to the COVID-19 pandemic, to Reliance Industries angered Amazon, which filed a case before an arbitration panel in Singapore.

Amazon’s argument is that the deal breached a pre-existing contract; its 49 per cent acquisition of Future Coupons had also given it the first right to buy into Future Retail after a period of 3-10 years. The deal between Future Retail and Reliance violated the right of first refusal it had with Future Retail, it contended.

On Sunday, Amazon got a favourable ruling from the Singapore arbitration panel, albeit temporary.

The arbitration not only put the Future Group-Reliance deal on hold, it also said that it can’t go through until it finally decides the matter.

Amazon has welcomed the decision of the arbitration.

“We are grateful for the order, which grants all the reliefs that were sought. We remain committed to an expeditious conclusion of the arbitration process,” a spokesperson said.

However, Reliance too is not ready to give in too easily and says Reliance Retail Ventures (RRVL) has entered into the transaction for acquisition of assets and businesses of Future Retail under proper legal advice and the rights and obligations are fully enforceable under the Indian Law.

“RRVL intends to enforce its rights and complete the transaction in terms of the scheme and agreement with Future Group without any delay,” a Reliance spokesperson said.

Future Retail (FRL) in turn contends that it is not party to the agreement, under which Amazon has invoked arbitration proceedings; the shareholder agreement was between Amazon, Future Coupons and the promoter group, it said.

“FRL has been legally advised that actions taken by the FRL / its board, which are in full compliance of the relevant agreements and eminently in the interest of all stakeholders cannot be held back in arbitration proceedings initiated under an agreement to which FRL is not a party,”it said in a statement.

It further argued that all relevant agreements were governed by Indian law and the Singapore arbitration’s order will have to be tested under the provisions of the Indian Arbitration Act.

“In any enforcement proceedings, FRL would take appropriate steps to ensure that the proposed transaction will proceed unhindered without any delay,” FRL said.

Reports suggest that the Singapore arbitration’s ruling may not be automatically enforceable in India. FRL and Reliance also are keen on closing their deal quickly. The battle lines are clearly drawn, whether its in court room or the online market. Which ever way the Singapore Arbitration panel finally rules, the winner may eventually be decided in India.