He was hospitalised after suffering a heart attack six years ago 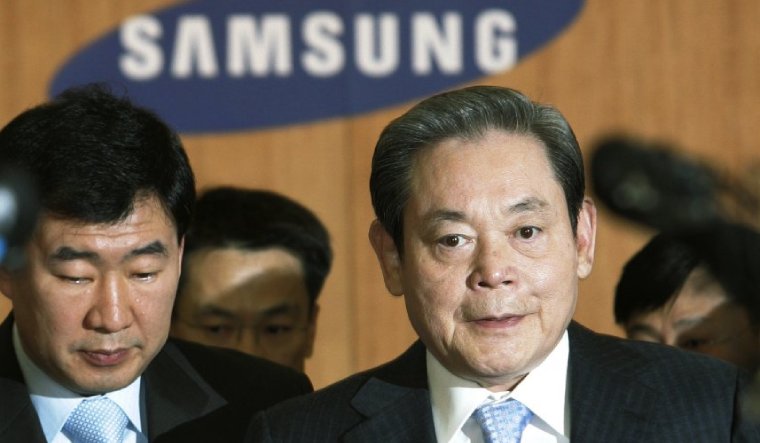 Lee Kun-hee, the chairman of Samsung Group, South Korea's biggest company, died on Sunday. He was hospitalised for a heart attack six years ago, and has since kept unwell. Lee was a tech titan, pushing Samsung to become one of the world's biggest manufacturers of electronics, smartphones and semi-conductor chips; His was one of the prominent family-run giants that sprouted up in the country in the aftermath of the Korean War, and AFP reported that Samsung (now valued at $375 billion) is currently worth at least one-fifth the GDP of South Korea.

From a small business he inherited from his father, Lee's was meteoric, and tainted. As news agency Reuters reported, Samsung Electronics developed from a second-tier TV maker to the world's biggest technology firm by revenue, seeing off Japanese brands Sony, Sharp Corp and Panasonic Corp in chips, TVs and displays; ending Nokia Oyj's handset supremacy and beating Apple Inc in smartphones. In the latter part of his career, there were criminal charges levelled against him for bribes to a sitting president.

"It is with great sadness that we announce the passing of Kun-hee Lee, chairman of Samsung Electronics," the company said in a statement. "Chairman Lee passed away on October 25 with his family, including vice chairman Jay Y. Lee, by his side. Chairman Lee was a true visionary who transformed Samsung into the world-leading innovator and industrial powerhouse from a local business," the firm said, adding: "His legacy will be everlasting."